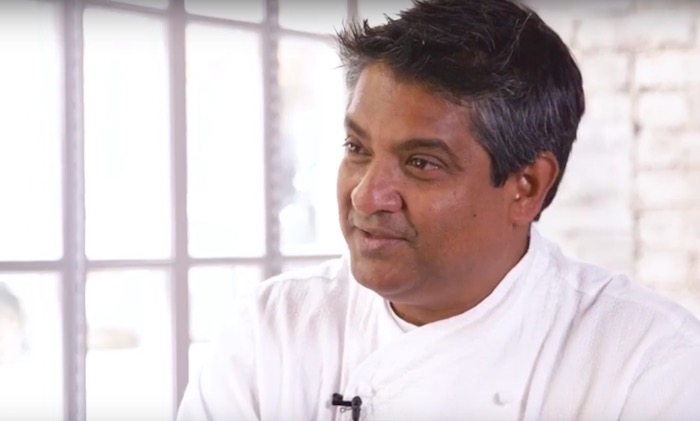 "It is with deep sorrow that we inform you of the passing away of Chef Floyd Cardoz," according to a statement from Hunger Inc. Hospitality, where Cardoz was the culinary director.

Cardoz tested positive for Covid-19 on March 18 and was being treated for it at Mountainside Medical Center in New Jersey, the statement said...

Cardoz admitted himself to the hospital on March 17 after feeling feverish.
He had recently returned from India, where he was filming the Netflix series, "Ugly Delicious" with actor Aziz Ansari. He posted a selfie on Instagram that day.

Cardoz posted this on March 17 from a hospital in New York on Instagram after panicked fans had heard that he was hospitalized for the coronavirus:

Sincere apologies everyone. I am sorry for causing undue panic around my earlier post. I was feeling feverish and hence as a precautionary measure, admitted myself into hospital in New York. I was hugely anxious about my state of health and my post was highly irresponsible causing panic in several quarters. I returned to New York on March 8th via Frankfurt

Unfortunately the world has lost a pioneering chef who had many decades ahead of him. RIP Chef Cardoz.