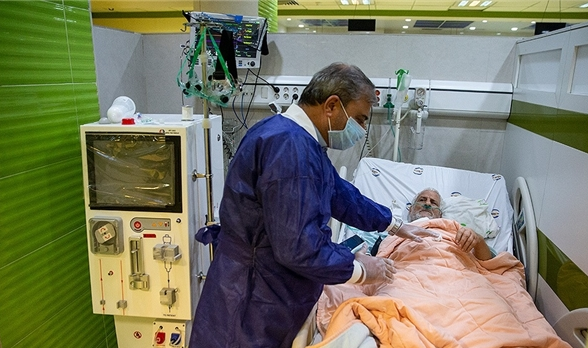 In Iran, there are reports of over 300 people killed and at least 1,000 sickened after consuming toxic methanol rumoured to cure coronavirus.

Alcohol drinking is banned in the Islamic Republic of Iran. Anyone who drinks booze there is getting it from bootleggers, and in so doing, risking their lives in more than one respect.

Social media accounts in Farsi pushed a fake story about a “British school teacher” and others who supposedly cured themselves of COVID-19 with whiskey and honey. The viral booze cure was pegged against a tabloid story from early February.

“Mixed with messages about the use of alcohol-based hand sanitisers, some people wrongly believed drinking high-proof alcohol would kill the virus in their bodies,” reports 7news.com.au:

Stories about fake remedies for coronavirus have spread across social media in Iran, where people remain deeply suspicious of the government after it downplayed the crisis for days before it overwhelmed the country.

Dr. Knut Erik Hovda, a clinical toxicologist in Oslo who studies methanol poisoning, fears Iran’s outbreak could be even worse than reported.

"The virus is spreading and people are just dying off, and I think they are even less aware of the fact that there are other dangers around," he said.

Read more:Hundreds of Iranians killed after ingesting methanol amid rumours it can ‘cure’ coronavirus