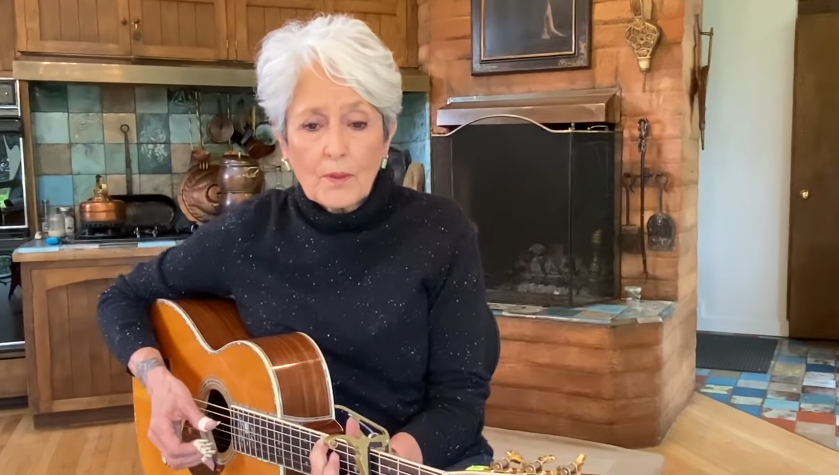 Folk legend Joan Baez, upon hearing the news that fellow iconic American singer-songwriter, John Prine, was hospitalized with COVID-19, decided to play Prine's classic "Hello in There" from her home and dedicate it to him.

News began to circulate yesterday through Prine's family that the 73-year-old singer was in the hospital and in critical condition with COVID-19. Today, his wife, Fiona, told SF Gate that the singer, who's been dealing with both lung and neck cancer in recent years, had improved overnight and was now in stable condition.