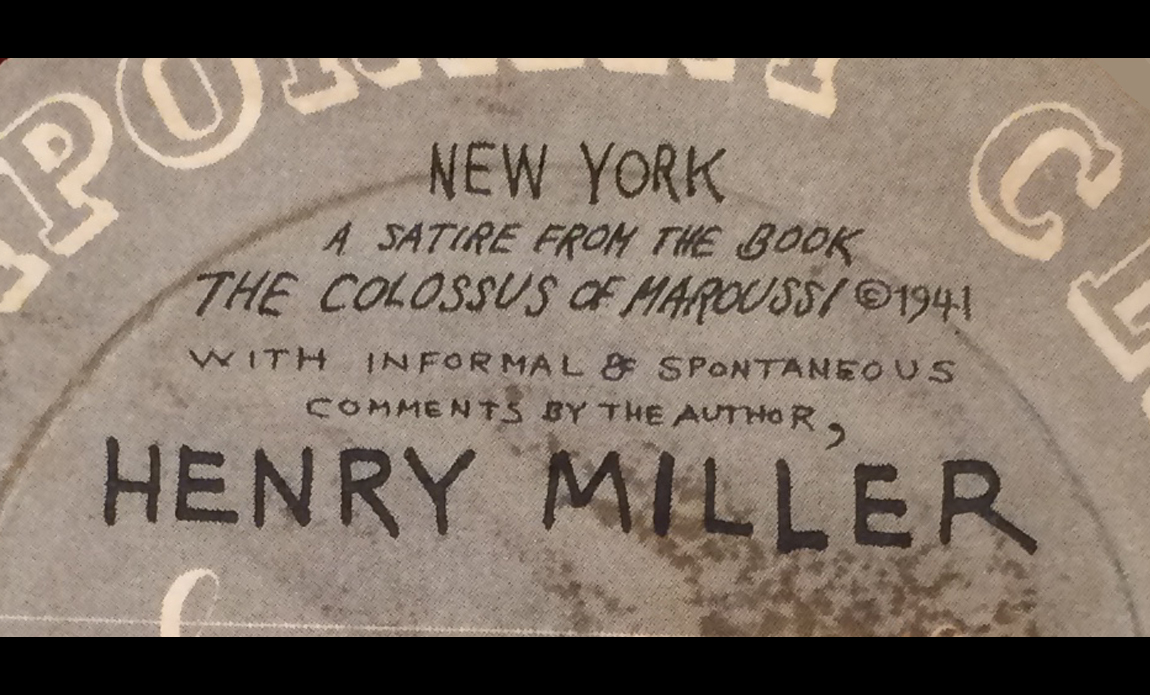 Side A: "Paul Krassner's 1959 Underground News Report on the Birth Control Pill"

Greetings, all! This week continues my discussion with Paul Krassner, from an interview conducted in 2017. Paul is recognized as an early second-wave feminist, and one of the coolest things he did, in my opinion, was use his reach as a publisher to advocate for reproductive freedoms - including contraception.

In 1959, he began to change The Realist from a satirical paper into one blended with some sharp politics. Subsequently, he published one of the earliest news stories on Enovid, or the Birth Control Pill. At the time, it was sensationally referred to in America as the 1955 Puerto Rican Birth Control Experiments.

Hear Paul's recollection of this significant act of publishing:

Side B: "Henry Miller reads from "The Colossus of Maroussi" with a 1973 Buchla Music Easel, Linn Drum, and a Roland Jupiter-8

A fun side B, this is a reworking of Henry Miller's self-recorded vocal of "The Colossus of Maroussi". The vocal comes from a very rare LP, which is on colored red disc! - I visited a friend who has collected Henry Miller work for decades, who has a copy. Here's a look at one of the rarest literary records ever made, published in very small edition in 1949:

Adding to this vocal is a three-piece of some of the coolest electronics ever made. I own none of these, as well, but a few years ago I visited a friend with a 1973 Buchla Music Easel, then also visited a friend with a Linn Drum, and finally got a chance to play with a Jupiter 8. All of those recording sessions were combined here into the Henry Miller track. Listen here:

Back next week with more from Paul and some more surprises. Hope you're all doing well, Ethan

Spoken Word with Electronics is an audio series delivering to you a two side recording of unusual stories paired with vintage modular electronic sounds Hello, everyone – Welcome back. Part of this week’s show is on language. One great result of the recent protests is a reassessment of some of our worst phrases. “Master/Slave” is […]

In Praise of THE SPAMP! And SPIT-COIN: A Proposal to Convert All Money to Saliva

Spoken Word with Electronics is an audio series delivering to you a two side recording of unusual stories paired with vintage modular electronic sounds Hi, everyone. Welcome back to the show. This week we sing the praises of portable headphone amplifiers, specifically The SPAMP and the ROCKMAN — This leads to a discussion on the […]