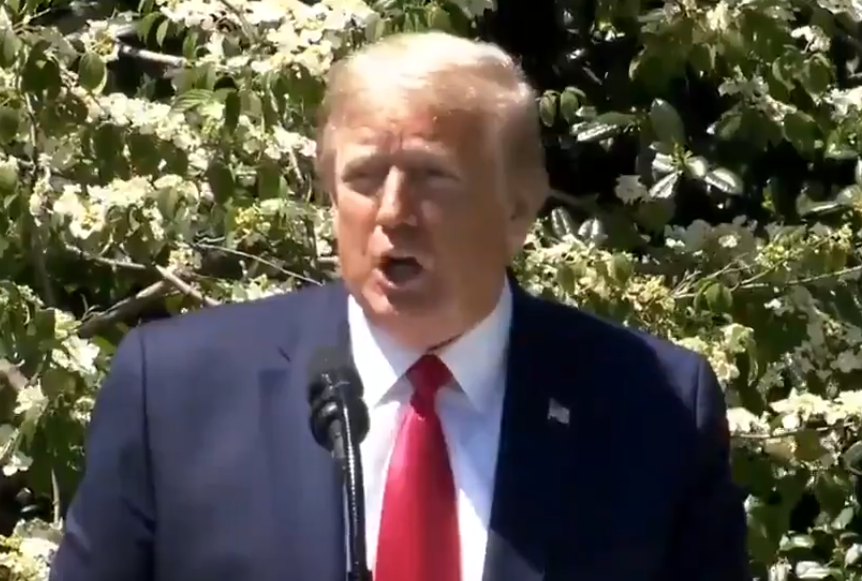 Impeached U.S. president Donald Trump says his administration plans to soon reopen the country's national parks and other public lands, with details to be announced on specific sites in coming days.

“We will begin to open our national parks and public lands for the American people to enjoy,” Trump announced at an Earth Day event at the White House, offering no further information.

Some national parks have actually remained open throughout the whole COVID-19 pandemic, but many have been closed.

Here is the White House announcement.

We're committed to conserving the wonders of God's creation by protecting our national parks and public lands! pic.twitter.com/0gGl245a7S

Gotta get some God in there.

Here is a statement from Trump's acting secretary of the Interior.

President @realDonaldTrump, @VP and I are committed to working with governors and local public health officials to gradually reopen our National Parks in a safe manner for the American people to once again enjoy. #NationalParkWeek pic.twitter.com/MaUObBJtRK

Representatives for the White House referred questions to the Department of Interior, which oversees public lands, including federal parks.

“More details will be provided in the coming days on plans for the reopening of specific parks following guidance from OMB (Office of Management and Budget) and the President’s plan for Opening Up America Again,” representatives for the department said in a statement.

Trump’s comment comes as some U.S. states move forward with plans to restart economic activity as soon as this week despite concern from public health officials and others about the potential for a spike in coronavirus cases.

President Trump announced that national parks and public lands will be reopening following coronavirus-related closures, but it's not clear when the administration will implement the openings across states with varying levels of public health restrictions https://t.co/PgxQfzVCp0

i've seen people suggesting that opening national parks will be an easy way to let people distract themselves....have these people ever been to a national park

At a tree-planting ceremony for Earth Day at the White House, President Trump announced national parks and public lands would start to be reopened.

While some parks had either closed entirely or closed some facilities, many have actually stayed open.

National parks closed due to coronavirus concerns won't open up all at once. Interior Dept will work with governors to figure out when to open national parks in each state, I'm told. https://t.co/eKcKxGdtat