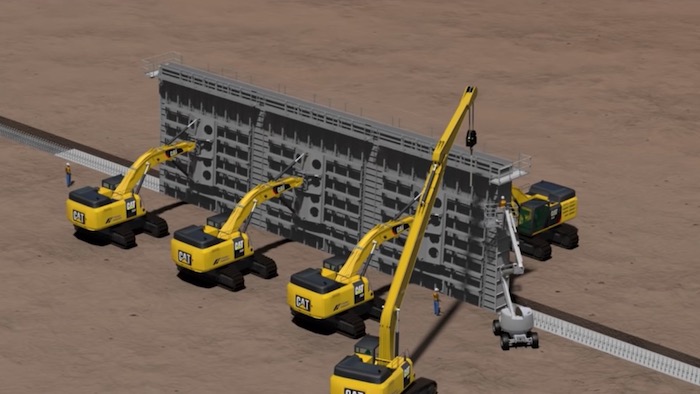 Fisher Industries seems well-suited for a president like Trump. From Wikipedia:

Tommy Fisher has appeared on local and conservative TV and radio and is a donor to several charities and the Republican Party.[3][4] Senator Cramer suggested Fisher's Fox News appearances are what attracted Trump to the company.

The High Plains Reader has documented environmental violations and tax evasion by the company, including 169 citations and paying $1 million in air quality violation fines in Maricopa County, Arizona over the past 10 years. In 2009 Michael Fisher, then-owner of Fisher, pled guilty to nine counts of felony tax fraud, [5] being sentenced to 37 months in prison and over $300,000 in restitution. The comptroller also pled guilty to one count of conspiracy to defraud the United States in 2009. Another former head of the company, David William Fisher, pled guilty in 2005 to child pornography and was sentenced to 10 years in prison.[1] He was released on April 30, 2010.[6]

By the way, illegal border crossings have been declining for the last 20 years. "In 2017, border-crossing apprehensions were at their lowest point since 1971." (NY Times)

Before Pepe the Frog was a hate symbol used to promote white supremacists and Donald Trump, he was a sweet webcomics character in Matt Furie’s gently weird webcomic Boy’s Club.