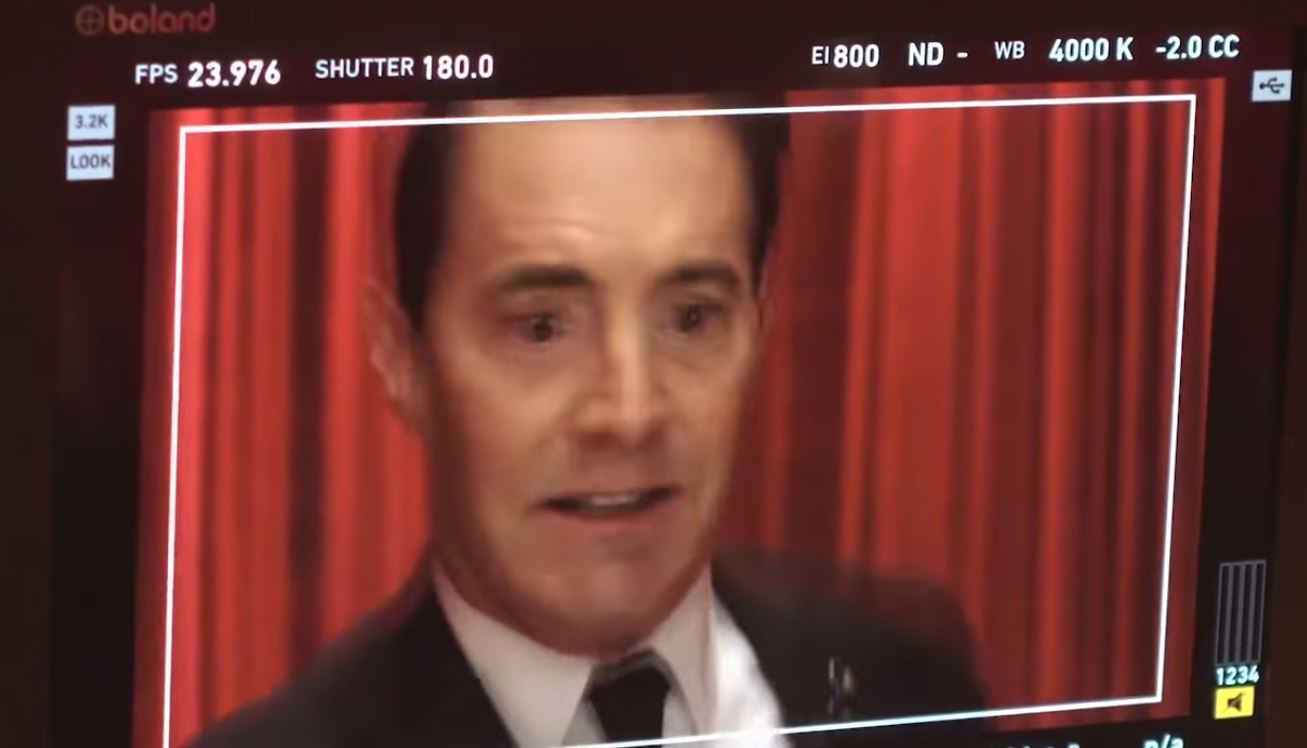 In this video, taken on the set of Twin Peaks's Black Lodge, Kyle MacLachlan demonstrates his expertise at falling over. Director David Lynch is impressed.

In 1987, Arleen Sorkin played a bizarre dream jester on the classic soap opera Days of our Lives. Watch above. Several years later, that curious character became the inspiration for Harley Quinn on Batman: The Animated Series. Naturally, Sorkin voiced Ms. Quinn. From Vulture: In 1987, Sorkin was a regular on the soap opera Days […]

Alicia Rodis is HBO’s “lead intimacy coordinator.” This means that she choreographs and coaches actors in sex scenes. In The Atlantic, Kate Julian profiles Rodis and shares the, er, intimate details of the work. Here’s a description from the set of The Deuce: Ahead of the shoot, the episode’s director, Steph Green, explained her vision […]

Actor EJ Zapata provides “solid evidence every TV show, Movie, and Commercial are all in the same Cinematic Universe.” This is “How It All Connects,” a compilation of Zapata’s on-camera moments in the background. Learn more from Zapata over at r/videos. (Thanks pvanb!)