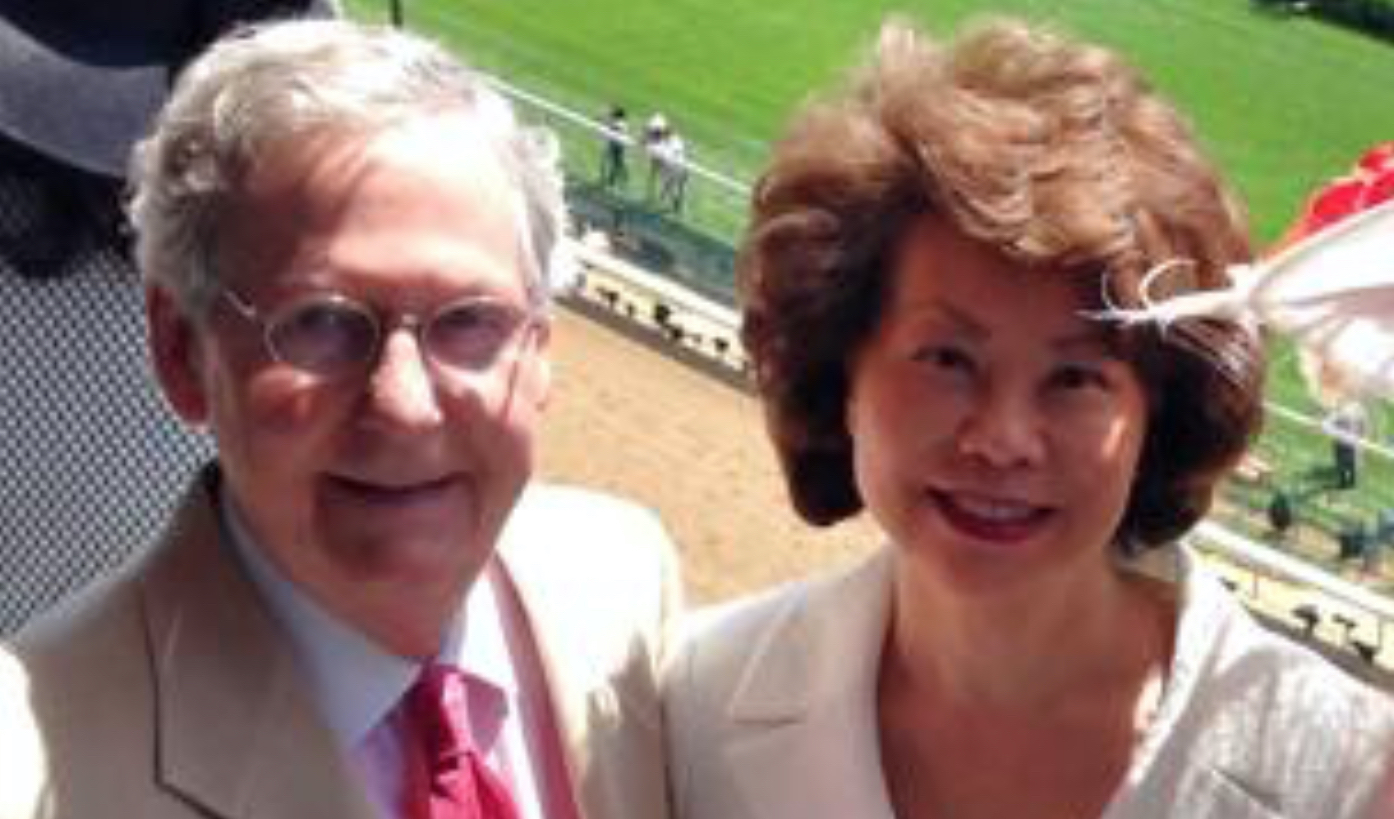 Secretary Chao also served as Deputy Secretary of Transportation under President George HW Bush and Secretary of Labor under President George W Bush. Her father is a wealthy and successful Chinese-American shipping magnate who has donated tens of millions of dollars to Senator Mitch McConnell, even before he married Chao in 1993 (McConnell's first wife, Sherrill Redmon, is a feminist scholar at Smith; neither she or their Democrat daughters discuss their relationship with McConnell). In 2019, Chao's brother-in-law, Gordon Hartogensis, became the director of the Pension Benefit Guaranty Corporation (PBGC) under the Labor Department, a nomination that was confirmed by McConnell.

Mitch McConnell is terrible. I’ve known this for a long time, though it probably first came to my attention personally after his open commitment to making Obama a “one-term president,” which was near a decade before he started gleefully referring to himself as the “Grim Reaper.” But while it’s been no surprise to watch his […]

CNN has the full 4-page organizing resolution for the Trump impeachment trial that Majority Leader Mitch McConnell sent to the Senate on Monday. As CNN notes, the impeachment trial for President Bill Clinton gave the defense and the House prosecution committee each 24-hours — spread out over a maximum of 4 days — to make […]