David Wojnarowicz (1954-1992) is the most essential punk artist of the last century. In this Covid era, he's even more vital. 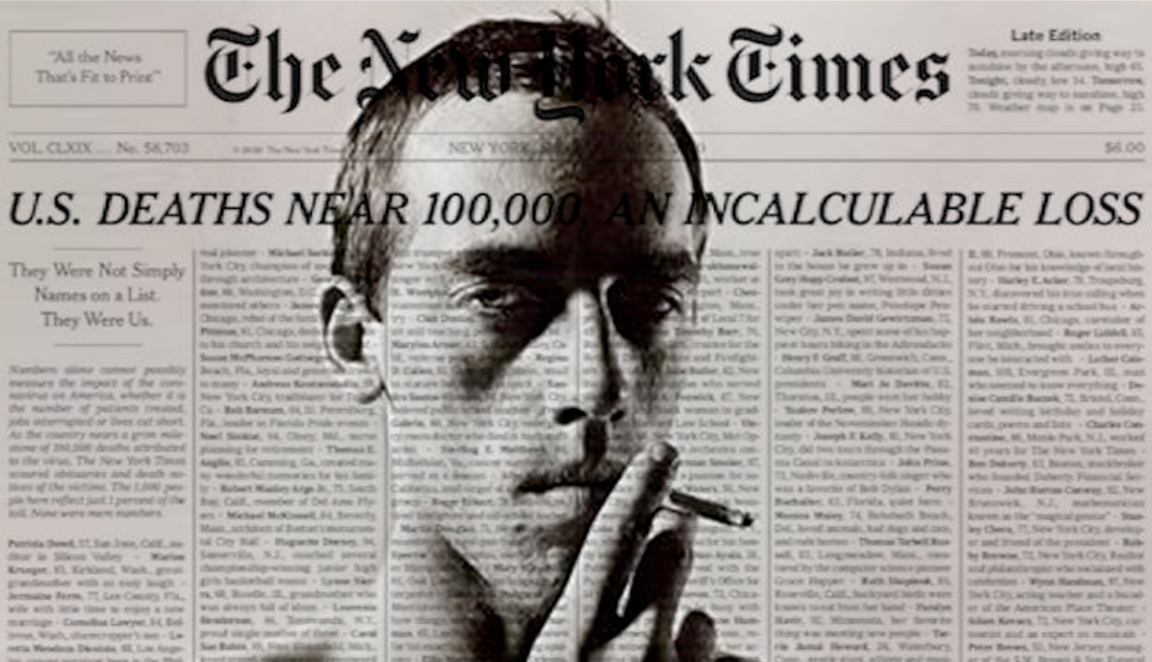 Welcome back to Spoken Word with Electronics. This week we're in a good David Wojnarowicz mood. Which I mean to say David is a strong energy force for when you are upset and want to focus it into making work. In this Covid era, David's message about government neglect and illness is especially profound. He died of AIDS in 1992, which is awful. And he was one of the coolest people to have ever walked the planet, which is wonderful.

In this tribute episode, hear a discussion of his art, specifically a focus on his music, both the band 3 Teens Kill 4 and his amazing collaboration with Ben Neill, ITSOFOMO. A review of the book A Definitive History of Five or Six Years on the Lower East Side is also provided. Along the ride we discuss the late evening drive in highschool when our car was haunted by David Bowie's Suffragette City and play a track from The Cicadas.

SPOKEN WORD WITH ELECTRONICS #11: A Tribute to David Wojnarowicz

I’m sure we’ve posted this pic before, but it’s just too good. Happy belated bday to our dear friend Donovan Pierce. Thanks for all your help over the years at sb ❤️

Like what you're hearing? Tell others about the show. Connect with SWWE via space helmet on Bandcamp, Apple Podcasts, Stitcher and Google Play.

This episode is brought to you by the balloon above, held aloft by Cicadas guitarist Donovan Pierce. Catch up with you next week, Ethan

SWWE Broadcast #10: "Jules Vern was a Copycat, How to Prank a Bird, Ice Cream on TV is Often Mashed Potatoes, and It’s Been 3 Years Since I’ve Had a Drink."

Spoken Word with Electronics is an audio series delivering to you a two side recording of unusual stories paired with vintage modular electronic sounds Hello, everyone: Welcome back to the show. A lot of lightning in the air as we proceeded with recording this episode, so in full bomb prepper mode, we pulled out an […]

Those weird dirty records in our parents' basement: Belle Barth's Scary 'Adults Only' LP — and SMURF HEIST: "That Day, at Age 6, When I Broke Into a Friend's House to Steal a Gargamel Figurine"

Spoken Word with Electronics is an audio series delivering to you a two side recording of unusual stories paired with vintage modular electronic sounds Greetings, all — I hope you’re doing well. This week, the episode discusses smut and theft, as perceived by my own mind at age five and six. Enjoy a time warp […]