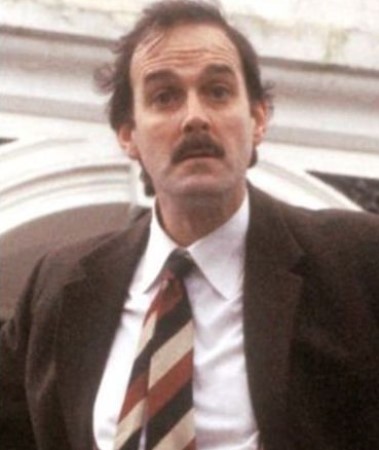 British comedy legend John Cleese tweeted a timely message Friday that was recorded some 30 years ago. The footage riffs on extremists, "Extremism makes you feel good, because it provides you with enemies..." Watch:

Hard to tell if I recorded this 30 years or 10 minutes ago... pic.twitter.com/GPDURhYIJL

In related news, BBC-owned UKTV pulled a different Fawlty Towers episode out of streaming services for being racially insensitive (N-word usage). Cleese criticized the decision and it was later reinstated with "extra guidance."

Speaking to Australian newspaper The Age, Cleese had said: “The Major was an old fossil left over from decades before. We were not supporting his views, we were making fun of them. If they can’t see that, if people are too stupid to see that, what can one say?”

Kazakh blogger Lyubov Kalugina has been charged under Russia’s Article 282, an “anti-extremism” law now being used by men who claim women sharing jokes and memes offend them. Via Quartz: