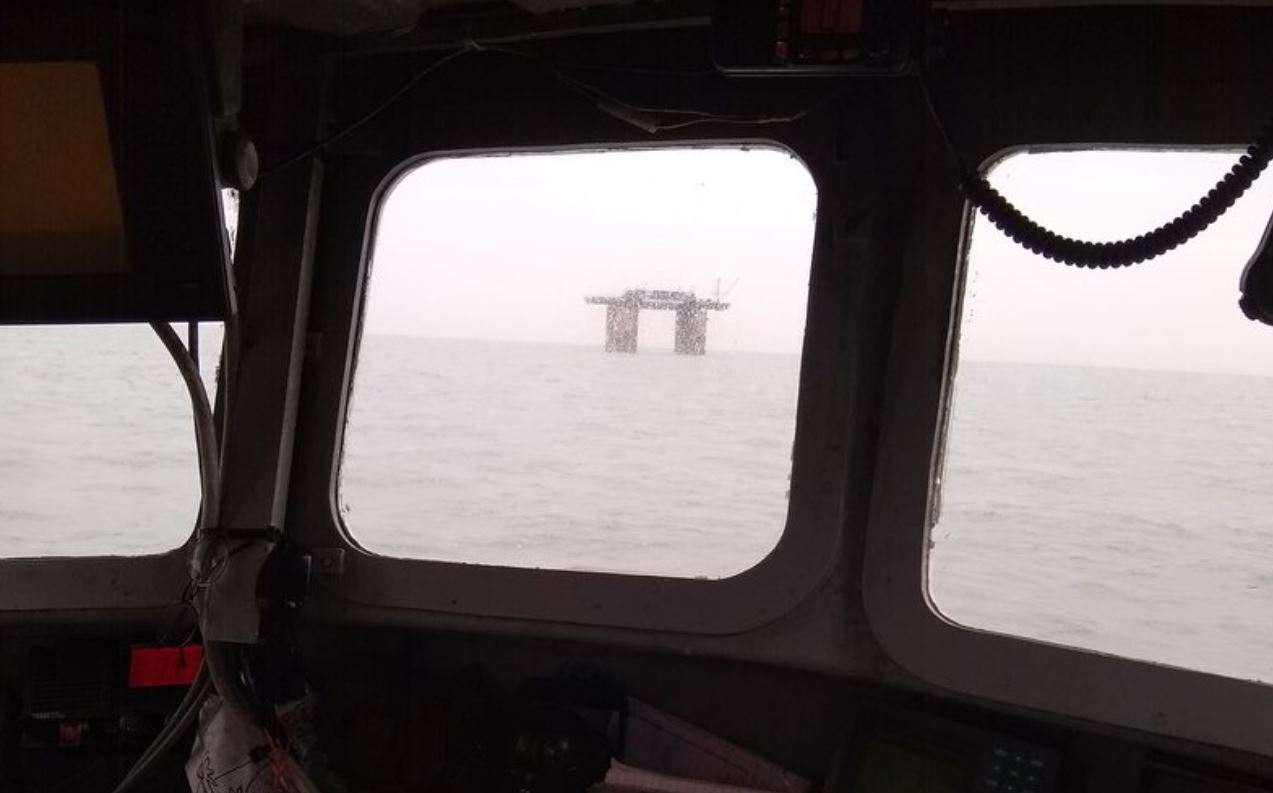 Sealand is an unrecognized micronation off the coast of England, established in the 1960s and issuer of stamps, passports and occasional offshore business shenanigans ("BECOME A LORD"). But Sealand is also a rotting sea fortress in need of constant maintenance. Atlas Obscura met the two caretakers who spend two weeks at a time doing what they can to keep the statelet running smoothly. Dylan Taylor-Lehman's feature article is a great introduction to the place, if you're not familiar with it or its wild history.

Detritus from countless other projects sits on deck and in the workspaces of both towers. The server racks from its time as an offshore data haven are still assembled on the second subfloor of the south tower: a museum of turn-of-the-millennium tech. The floor below the server room is lined almost all the way around with tables, which hold all of the technical manuals from the various pieces of machinery in use on Sealand. There are also great stacks of back issues of at least four different amateur radio magazines. Sealand is, in essence, a big clubhouse where Barrington can build and experiment to his heart's delight. He has brewed beer, read dozens of technical journals, spent "millions" of hours playing darts, and devotes a lot of his time to fixing equipment and inventing things.

"Everything is done in the most cack-handed long way so you don't get bored. If you're bored, get a hammer and chisel and start chiseling something or do the washing up," he says. "Getting a 45-gallon oil drum, filling it up with oxygen and acetylene, and putting a detonator in there—that's what I call fun." (He eventually stopped with the explosions after he came close to blowing himself up.)

Meet the friendly emperor of Atlantium, ruler of 3,000 citizens

Atlantium boasts just 3,000 citizens, but what it lacks in size it makes up for in friendliness and progressive values. Emperor George II explains.

Sofie Louise Dam and Andy Warner drew up this charming overview of some of the more notable micronations in world history.

Liberland is a new micronation

If your brand of libertarian fantasy involves living on land adjacent to Serbia, but which Serbia doesn't want, your dream has come true!