The origin story of that all-American toy, Slip 'N Slide 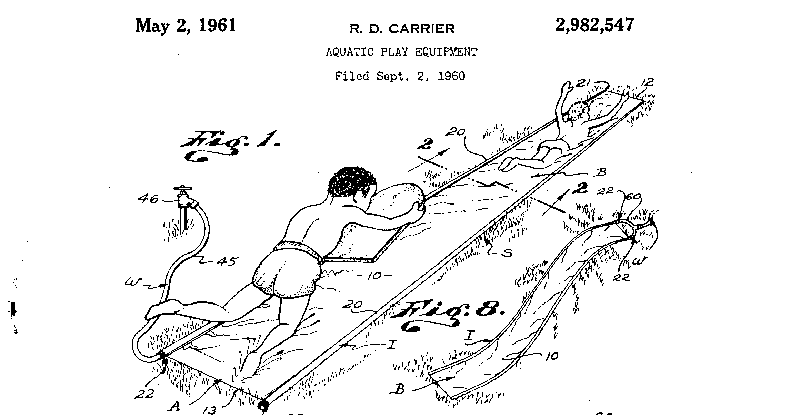 Smithsonian Magazine has an interesting article on how the Slip 'N Slide at-home water slide became an American institution. It started with some bored kids on a hot day:

It was the summer of 1960, and Robert Carrier had returned home from work to find his 10-year-old son, Mike, and his friends careening down their driveway in Lakewood, California. To escape the heat, the boys had turned the hose on the painted concrete, creating a cool, slippery surface to play on.

The next day, Carrier, who worked as an upholsterer with a boat-manufacturing company, brought home a 50-foot roll of Naugahyde, which he unraveled on the driveway. The vinyl-coated, waterproof fabric was a vast improvement—slicker and safer—over the perilous concrete. But Carrier’s son had given him an idea.

The fine folks at Wham-O soon got wind of the wet wonder, and a sale was made. And the rest is history. Now we have YouTube bros seeing who can make the longest one or add a loop.

The Accidental Invention of the Slip ‘N Slide (Smithsonian)

While Adam Savage was in DC recently for the Apollo 50th Anniversary celebration (and to do the final assembly on the wonderful Project Egress NASA escape hatch project), he visited the Smithsonian’s Office of Exhibits Central (OEC).

The Old Weather project is a crowdsourced effort to gather data on historic climate patterns by transcribing entries from old, logbooks, some typed and some handwritten. The project is jointly run by NOAA and the Smithsonian. (via Kottke)