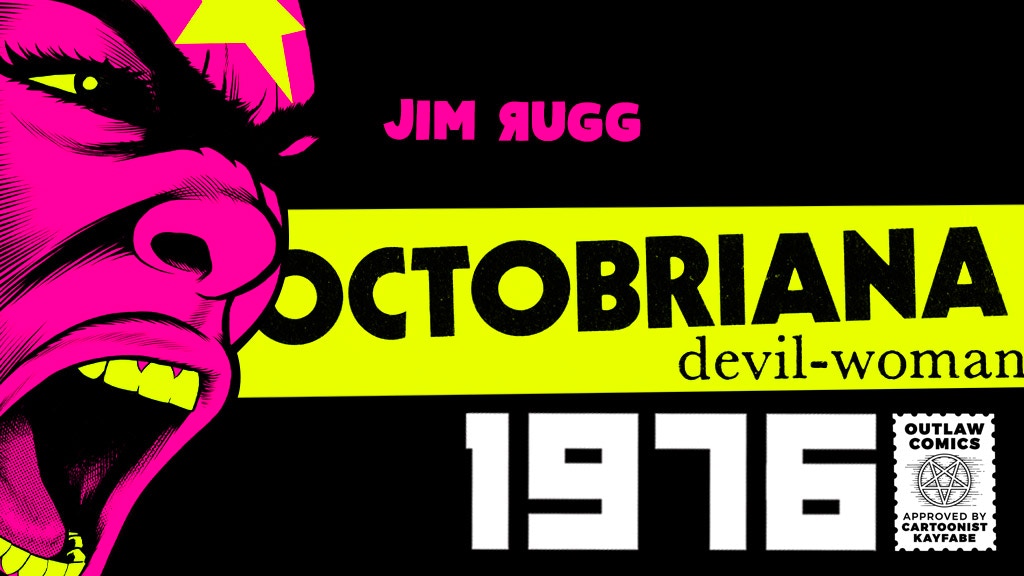 Cartoonist extraordinaire Jim Rugg recently launched a successful Kickstarter for a fluorescent blacklight comic book about a Russian Outlaw superhero called Octobriana. Check out samples and how to buy here.

This project began when Rugg made a blacklight screen print in 2014 with Telegraph Art & Comics. In the process, he wondered why no one had made a comic book using vivid, fluorescent inks. It would look spectacular. So he decided to make one himself.

Jim Rugg is an award-winning cartoonist. His books include The PLAIN Janes, Street Angel, Afrodisiac, and Notebook Drawings. He’s also the co-creator of YouTube’s Cartoonist Kayfabe comics channel and an instructor at the School of Visual Arts.