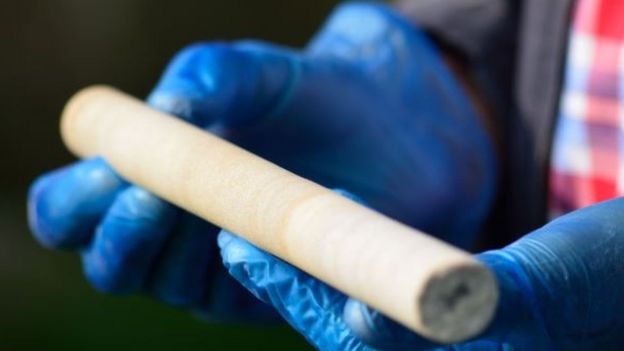 One of the three cores was recently returned by an 89-year-old worker from the diamond company that performed the work six decades ago, and tests show that it came from a quarry only 15 miles north of the monument.

Researchers first carried out x-ray fluorescence testing of all the remaining sarsens at Stonehenge which revealed most shared a similar chemistry and came from the same area.

They then analysed sarsen outcrops from Norfolk to Devon and compared their chemical composition with the chemistry of a piece of the returned core.

English Heritage said the opportunity to do a destructive test on the core proved "decisive", as it showed its composition matched the chemistry of sarsens at West Woods, just south of Marlborough.

Stonehenge's smaller bluestones were already proven to be from a quarry in Wales. Their 142-mile journey probably involved a leg by boat, a logistical feat that would have been much more challenging for the larger cuts.

Blue from Overly Sarcastic Productions dives into how the Black Death spread from the Mongol Empire throughout Europe, giving us newly relevant terms like “quarantine” and “yeet.” OK, maybe not the latter, but its use in this video to describe pestilence-filled corpses catapulted into Caffa is in fact, perfect.