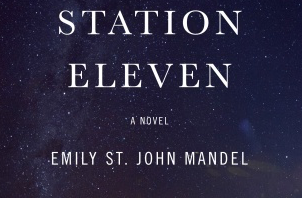 The book temporally jumps all over the place, telling the life story of a famous Hollywood actor who died the night before the world fell apart, and following some key players in his life through their experience of the new world order. The jumps are connected, but disjointed. The story is touching, occasionally heart-rending, and utterly meaningless to the destiny of the folks who survive the actor. The interactions with him helped make them who they are, they may inform some decision-making, and perhaps even scarred one or two for life, but they mostly serve to show how everyone's concerns about everything beyond survival are either immaterial or amazingly important. Read the rest