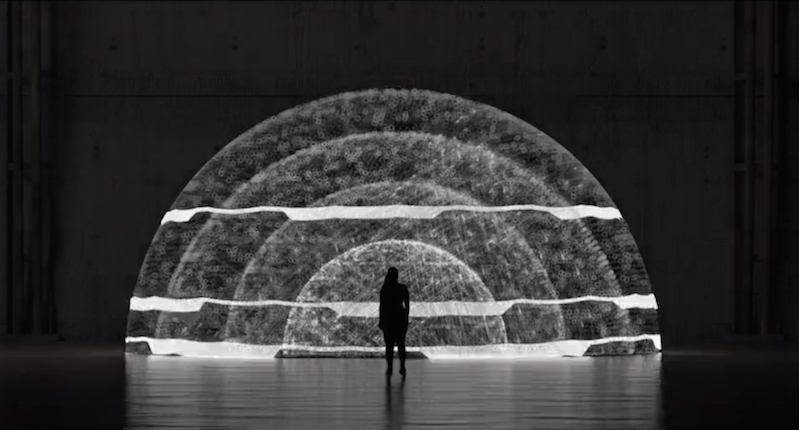 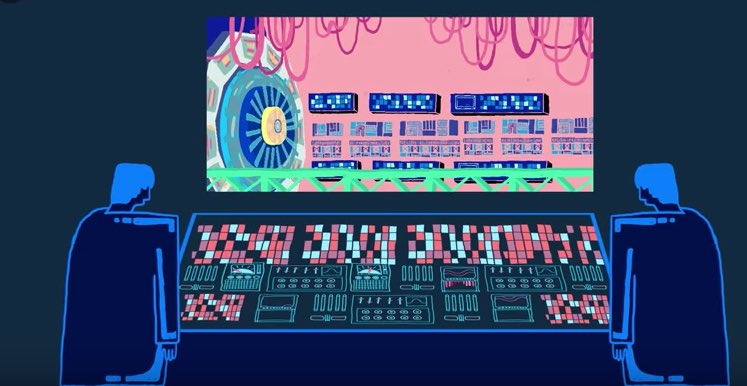 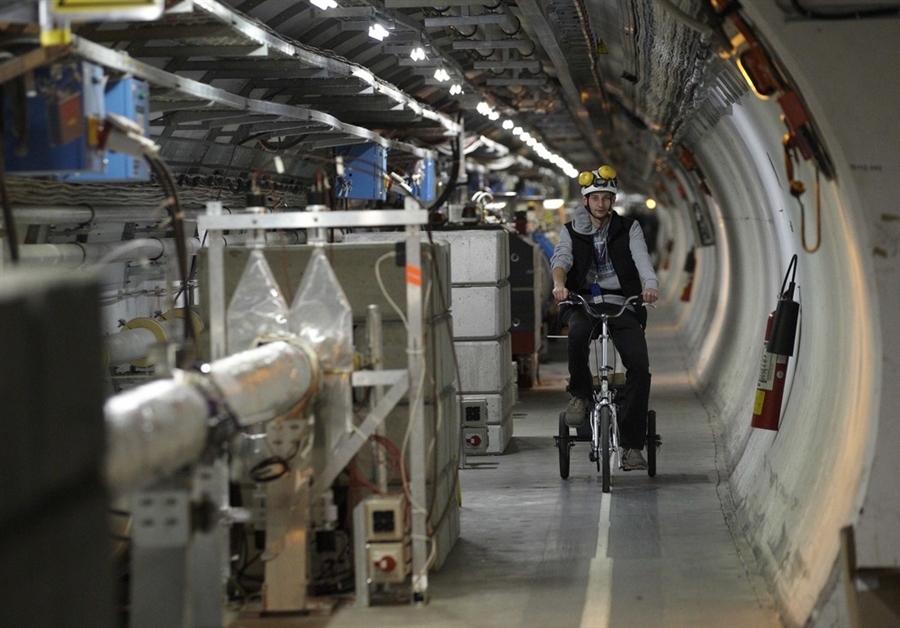 Behind the particles: The Guardian goes inside CERN and the Large Hadron Collider

What's it like to live and work in the world's most famous physics mecca? Suzanne Moore went to Geneva, Switzerland to meet the scientists who study particle physics at CERN, home of the Large Hadron Collider and the Higgs Boson — and also home to a multinational population that can reach 10,000 at different times of year. There's a kindergarten at CERN. And Halloween parties. And, of course, the much-noted tendency toward Comic Sans Powerpoints. In other words, CERN has a culture. This is its story. Read the rest

Back up at its original URL courtesy of CERN: "Twenty years of a free, open web." Read the rest

The discovery of the particle that is most likely the Higgs Boson was met with wild-eyed excitement almost everywhere except CERN, writes physicist Glenn Starkman at Scientific American Blogs. That's because it means the theoretical Standard Model of Physics is probably on the right track. Which means there aren't any crazy inaccuracies leading to awesome mysteries that must be solved. Which means experimental particle physics haz a sad — and more than a little depressive ennui. (Via Alexis Madrigal at The Atlantic) Read the rest

The Massey Lectures are an annual event in Canada, where one person gives five different public speeches over the course of a month. This year, the speaker is theoretical physicist Neil Turok. He's also the director of the Perimeter Institute for Theoretical Physics and the Institute is sponsoring a contest where you can win tickets to the lectures (there are two left) or copies of Turok's latest book. The grand prize, though, is the really exciting bit. One lucky winner will get a 7-day trip for two to both the Perimeter Institute and CERN (home of the Large Hadron Collider). Feeling lucky? Enter your name in the drawing by October 24. Read the rest

Sonnet on a Higgs-Like Particle (video)

Gettin' Higgy With it: A Roundup of Higgs Boson Jokes on Twitter

On the day we reserve to tell ourselves America is great - July 4 - Europe reminds us that we suck at science. #HiggsBoson

Big science news today: Scientists at Europe's CERN research center have discovered a new subatomic particle believed to be a basic building block of the universe, which appears to be the "boson" imagined and named half a century ago by theoretical physicist Peter Higgs. And Stephen Hawking loses a $100 bet. Many of us on Twitter know that we should be excited by all of this, but have no idea what it really means, having dope-smoked our way through Physics class in high school. This animation helps. Still: If you can't join 'em, LOL at 'em. Here are some of the better #higgsjokes I faved on Twitter after the news broke. Did I miss any good ones? Let me know in the comments. And read Maggie's post.

Update from CERN:It turns out the thing they found in the Large Haldron Collider was just a GIF.

Large Hadron Collider turned back on

Buttons glow in the control room of the Large Hadron Collider (LHC) at the European Organisation for Nuclear Research (CERN) near Geneva on April 5, 2012. At 0:38 CEST this morning, the LHC shift crew declared "stable beams" as two 4 TeV proton beams were brought into collision at the LHC's four interaction points. The collision energy of 8 TeV is a new world record, and increases the machine's potential to solve perplexing scientific questions. Top of the list: confirming the existence of the Higgs boson, a hypothetical particle posited to explain why matter has mass. Photo: REUTERS/Denis Balibouse Read the rest

The Higgs Boson has not been discovered (again, in the same place)

Data from Fermilab's shuttered Tevatron accelerator seems to support the data released by CERN last December. These two different accelerators are both seeing a signal that could be the Higgs Boson in roughly the same place. To quote the New York Times: "It has led to a joke in physics circles now: The Higgs boson has not been discovered yet, but its mass is 125 billion electron volts." (Via dsut in Submitterator) Read the rest

A limerick for the Higgs boson

"They said when the collider goes on Soon they'd see that elusive boson Very soon we shall hear Whether Cern finds it this year But it's something I won't bet very much on." — Shelly Glashow, Boston University. Nobel prize in physics, 1979 From a collection of physicists' statements on the Higgs boson in The Guardian. (Via Ed Yong) Read the rest