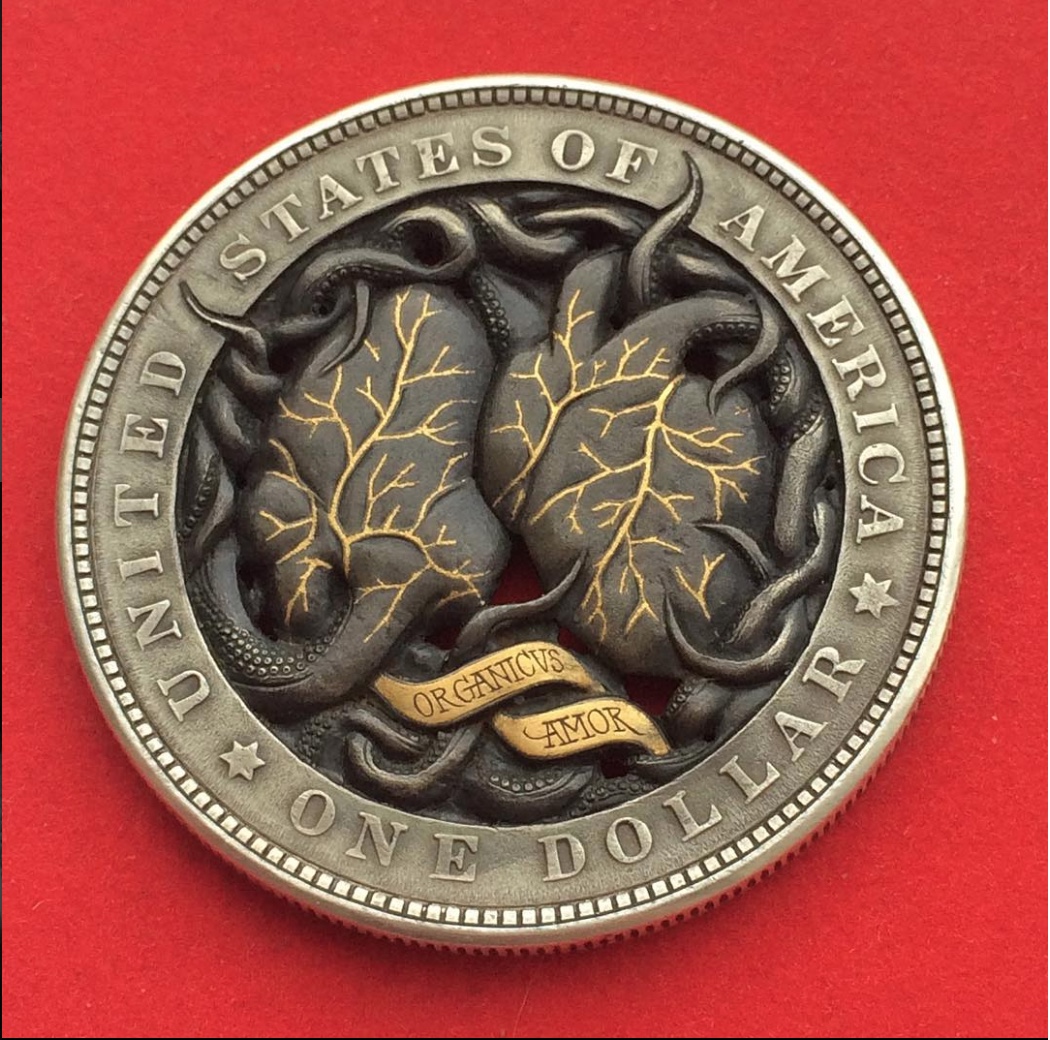 This biting coin sold for $10k on eBay 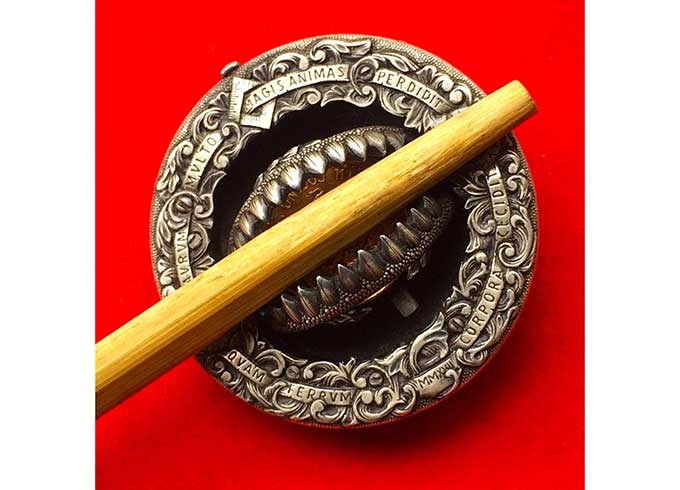 Artist Roman Booteen carved a Morgan dollar 1921 that bites any finger that tries to take the small gold coin within. It sold for US $10,101.00 on eBay. 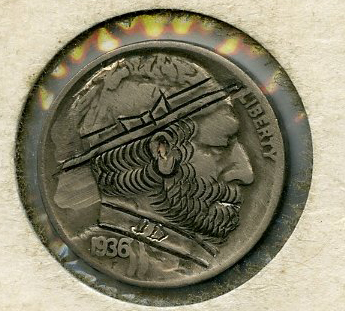 Exciting news from Heritage Auctions: it's selling the largest number of hobo nickels ever offered in one lot.

A lot of 23 Buffalo Nickels from assorted years  – the largest such lot ever offered in Heritage Auctions’ history – is featured in the firm’s Jan. 4-9 FUN U.S. Coins Auction in Fort Lauderdale.

The coins, known as “hobo nickels,” are modified coinage – commonly nickels – as the Native American chief on the obverse is transformed into tramps, a variety of tribal figures and a myriad of other designs. These carvings often resulted in bas reliefs in the coin, although the contours of the coin still can be felt.

Some buffalo nickel carvers developed a following. The entire collection of 23 coins being offered by Heritage Auctions is attributed to artist John Dorusa, who was a Pennsylvania coal miner.

Dorusa garnered fame for his mimicry of classical hobo nickels created well before he picked up a file for the first time. Dorusa claimed he was trained by Bert Wiegand and George Washington “Bo” Hughes, who are widely considered the forefathers of hobo nickel carving.

Dorusa produced hobo nickels from the 1980s until his death in 1994 and is considered an early modern hobo nickel artist.