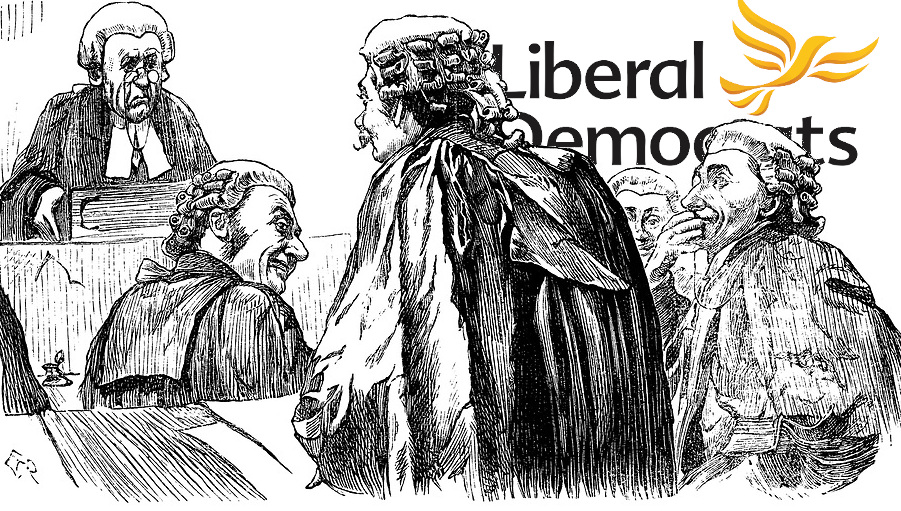 The Deregulation Bill is coming before the UK House of Commons on Monday, and among its many "red-tape-cutting" provisions is one that would allow the courts to grant the police secret hearings in which they could secure orders to seize reporters' notebooks, hard-drives and other confidential material. No one representing the reporters would be allowed to see the evidence in these "closed material procedures."

How the hell did this happen? Sadly, it was absolutely predictable.

When Parliament passed a law permitting secret trials where people who were adverse to the government in court proceedings would not be allowed to see the government's evidence, nor have their lawyers review it, those of us who sounded the alarm were accused of hysterics. The Libdem leadership whipped their MPs on the issue, ordering them to vote for it. Many of us in the Libdem party left over the issue, and the party grandees patronised us on the way out, saying that we didn't understand that the Libdems had put in place "crucial changes," and that somehow, there were changes that could paper over the naked fact of a law permitting secret trials in Britain.

The Libdems' cowardice over secret trials removed any claim they had to being "the party of liberty." Anyone in the party leadership today who expresses surprise at the expansion of the doctrine of secret courts is either an idiot or a bad liar. When future journalists who report on government wrongdoing have their notebooks seized based on secret evidence, the trigger will be pulled by the government of the day -- but the gun was loaded by the Libdems in 2013. Read the rest

Here's an important consideration for Europeans in light of the NSA dragnet surveillance revealed by the recent leaks: some of the amendments to the controversial new EU Data Protection Regulation would open the door to the secret transfer of EU citizens' private information to US intelligence agencies. The UK Liberal Democrat MEP Baroness Ludford has advocated amendments that do this. The Open Rights Group and principled UK LibDems are calling on the Baroness to withdraw her support for these amendments and support transparency and accountability in the handling of sensitive personal information of Europeans.

For instance, the Baroness is behind amendment number 1210.

This removes the right to know if your data might be transferred to a third country or international organisation. It does this by deleting the following bit of the proposed Regulation:

It hardly needs spelling out given the recent news about PRISM and state surveillance, but knowing which companies or countries your data might be moved to is likely to increasingly be a fundamental consideration for someone deciding whether to share personal data.

LibDems leave over support for secret trials; I resign from the party

Philippe Sands, a professor of international law and prominent practicing lawyer, has resigned from the UK Liberal Democrats party. He is the third well-known party member to leave the LibDems this month. Dinah Rose, a respected human rights lawyer who represented Guantánamo detainee Binyam Mohamed, Read the rest