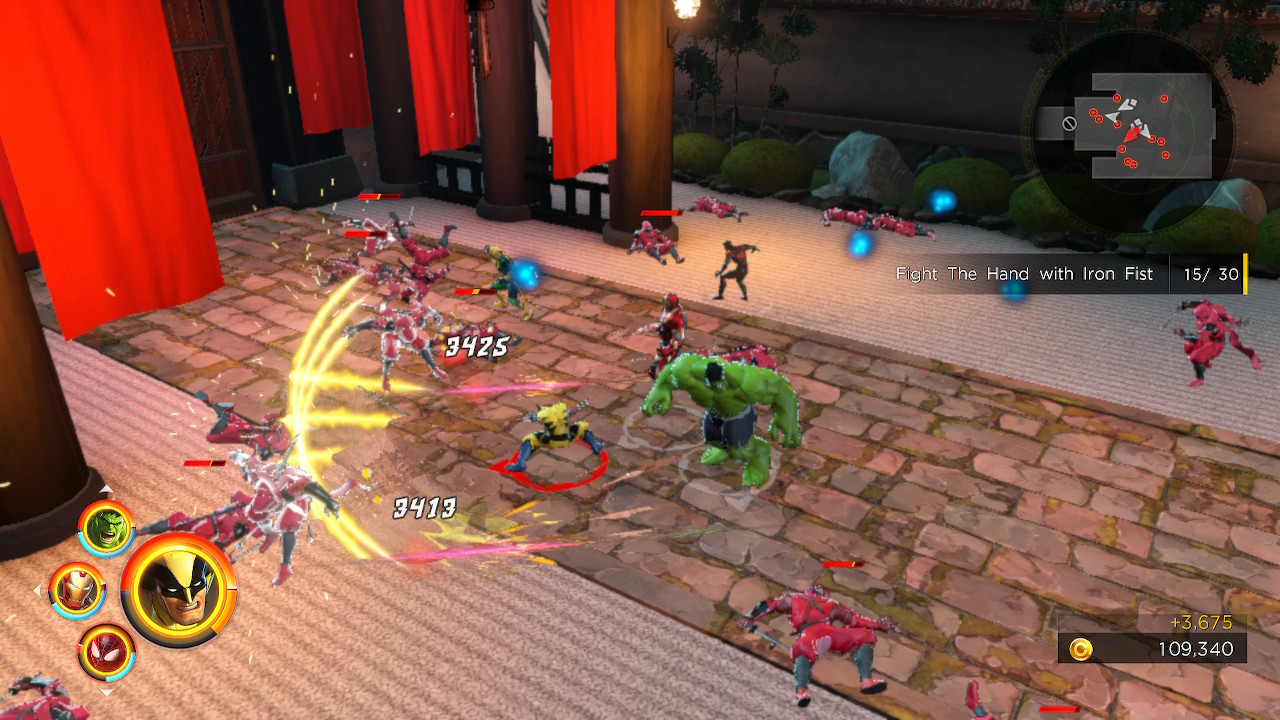 As you progress through the game’s various levels, you’ll take on progressively tougher foes with a team of four heroes of your choosing. Your roster of potential teammates grows as you bop along. There’s no earning new members... it just kind of happens. I’m a few hours into the game. Disappointingly, the amount of customization allowed for your heroes by the last two iterations of the game appear to be largely absent. There’s no costumes to unlock. No accessories that your heroes can mix and match to enhance their power set: just points and drops that allow you to power up in one way or another. Read the rest