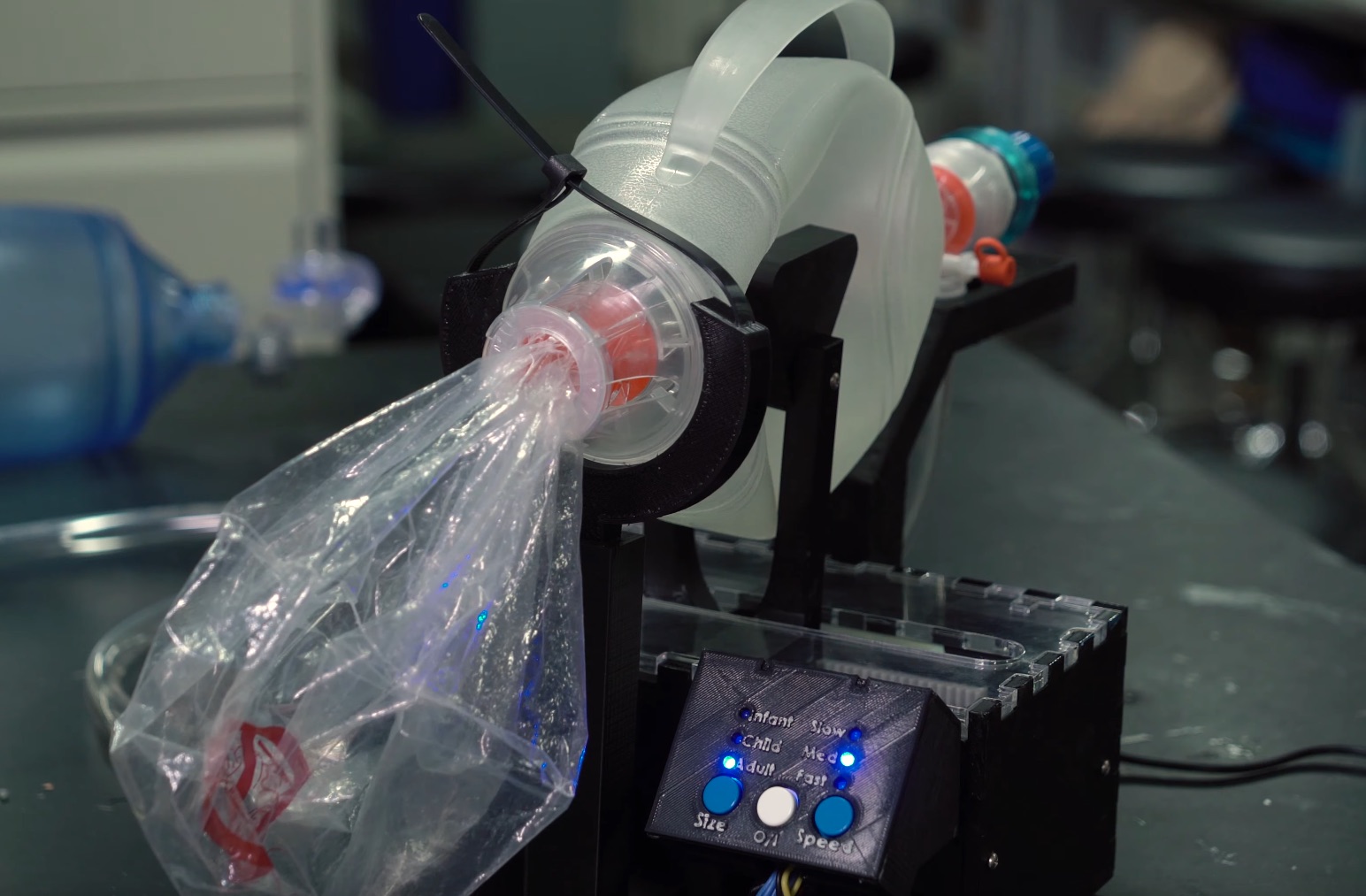 A group has been formed on Facebook to help facilitate the open-source development of medical hardware (such as ventilators, filter masks, non-contact door openers, etc) to help fight the global coronavirus pandemic.

Here's the statement on their page:

COVID19 is currently spreading exponentially, in a mostly unchecked fashion, throughout the world. Infection doubling rates are as high as 2-3 days. Under simplistic models, such unchecked growth means the disease infects most of the world in months. Current statistics indicate that 15-20% of people who get it require hospitalization for respiratory failure for multiple weeks, and often need intense healthcare from medical professionals who are at severe risk treating these highly infectious patients. If infections proceed at their current pace across the globe, we will not have enough supplies like ventilators, respirators, PPE, etc. to meet demand.

This group is being formed to evaluate, design, validate, and source the fabrication of open source emergency medical supplies around the world, given a variety of local supply conditions.

This is an example of the sorts of projects being shared and discussed there:

And this, a 3D printable device for opening door handles without touching them.

Here is the link if you have something to contribute and want to join. 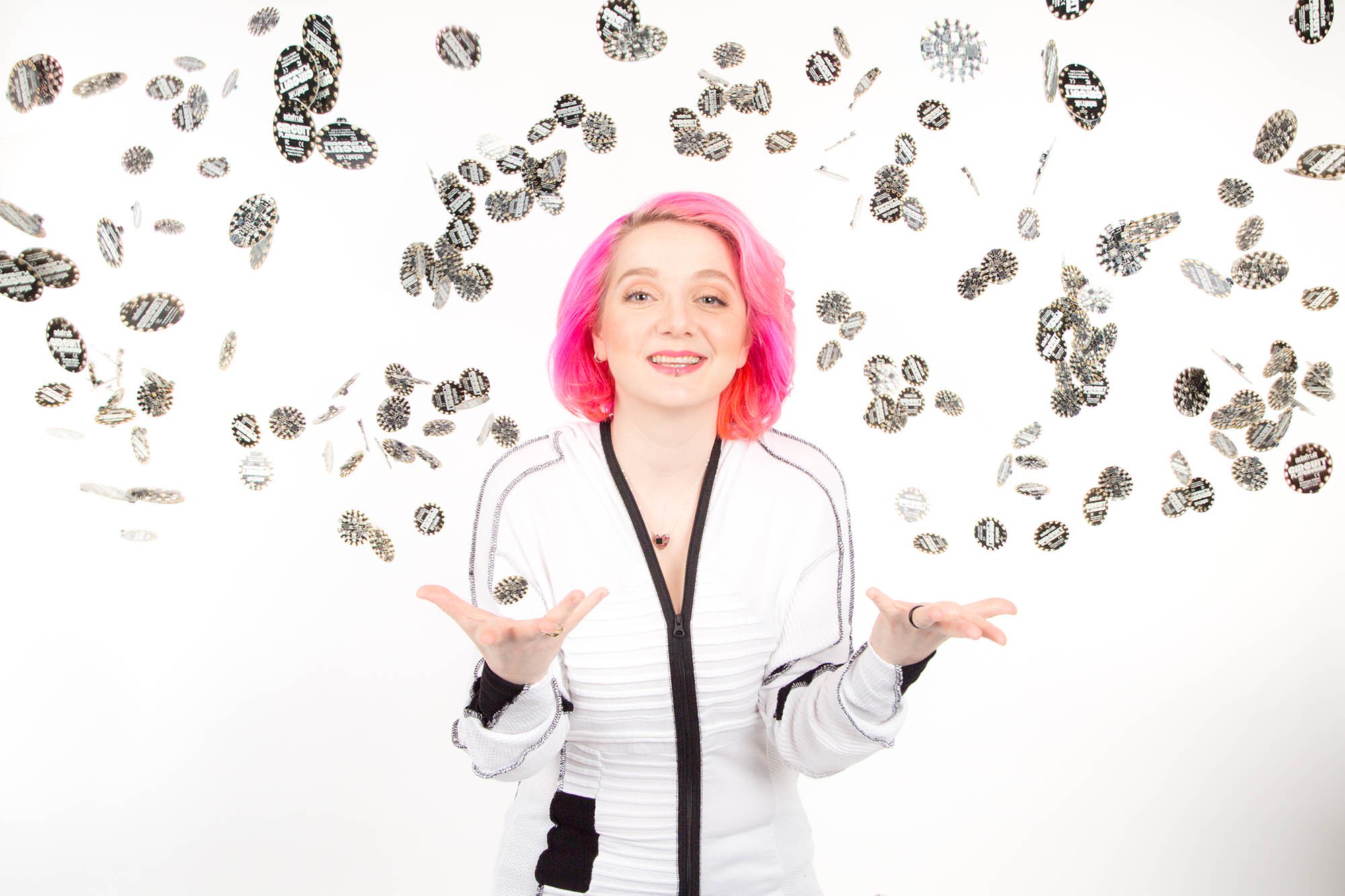 I had the pleasure of writing the cover feature, on Limor Fried (aka "Ladyada") and her company, Adafruit, for the latest issue of Make: (Volume 57). Since a lot had already been made about the company's impressive and popular open source product line and Limor as a successful female entrepreneur, I decided to focus on what I think is another rather unique aspect of the company: the fact that the open source ethos that informs the design of their hardware also informs their corporate culture.

There's a openness, a spirit of sharing, educating, and supporting, that is shot through the fabric of Adafruit Industries.

They open-source many of the details of how the company is run and post the details of what they're learning (as a company) on their Adafruit Learning System and in their newsletters. They use the feedback and ideas from their substantial online social community to crowdsource product development. And they're attempting to create a corporate culture where employees feel respected, cared for, and given room to grow. As the Founder Collective put it on Twitter this morning: "105 full-time employees, $45M in revenue, no venture capital. Adafruit is a great case study in efficient entrepreneurship."

Founded in a dorm room in 2005 by MIT engineer Limor “Ladyada” Fried as an online learning resource and marketplace for do-it-yourself electronics, Adafruit is now a highly successful community-driven electronics company, educational resource, and maker community thriving in SoHo, Manhattan.

Limor sees three keys to the success of the company: “Being focused on others, having an unconditional belief that you can be both a good cause and a good company, and seeing risk-taking as your friend and your only real competition as yourself.” 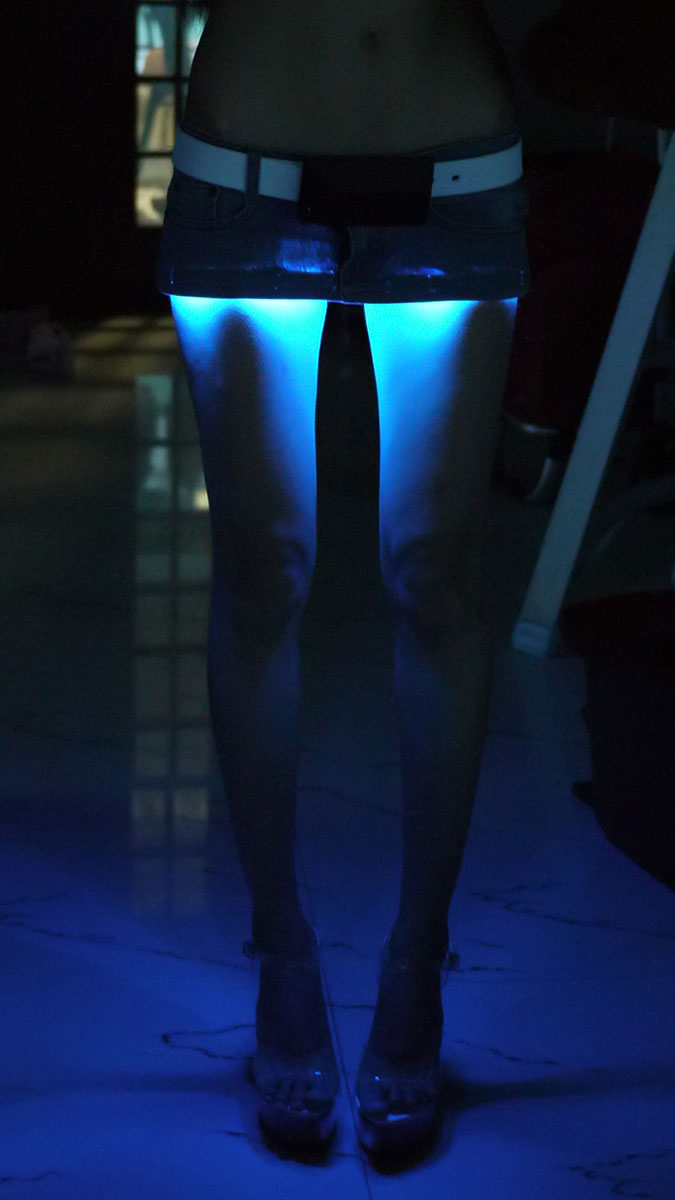 Imgur user SexyCyborg makes lots of cool fashion using open source hardware, like this underlit LED skirt. She published a very detailed HOWTO create your own based on her trial and error. Read the rest

Made In China: Eric Pan and open source hardware

Maker culture is being remade in China. Along with pioneers like Bunnie Huang and David Li, of Shanghai hackerspace Xinchejian, Eric Pan and his open hardware facilitator, Seeed Studio are accelerating the global maker movement by helping people source, design, produce, and commercialize their maker projects. And just as importantly, they are fueling a Chinese maker movement that is starting to take full advantage of both Shenzhen’s awesome manufacturing capacities and China’s shanzhai superpowers. Read the rest

WikiWeapons: 3D printed guns for everyone

Andy Greenberg has written a story about the latest development in the world of 3D printed guns: a project to create a set of open blueprints for "Wiki Weapons":

Earlier this month, Wilson and a small group of friends who call themselves “Defense Distributed” launched an initiative they’ve dubbed the “ Wiki Weapon Project.” They’re seeking to raise $20,000 to design and release blueprints for a plastic gun anyone can create with an open-source 3D printer known as the RepRap that can be bought for less than $1,000. If all goes according to plan, the thousands of owners of those cheap 3D printers, which extrude thin threads of melted plastic into layers that add up to precisely-shaped three-dimensional objects, will be able to turn the project’s CAD designs into an operational gun capable of firing a standard .22 millimeter bullet, all in the privacy of their own garage.

“We want to show this principle: That a handgun is printable,” says Wilson, a 24-year-old second-year law student at the University of Texas. “You don’t need to be able to put 200 rounds through it…It only has to fire once. But even if the design is a little unworkable, it doesn’t matter, as long as it has that guarantee of lethality.”

(Thanks, Andy!) Read the rest

Following on from their Internet of Things Printer, the good folks at Adafruit have produced a set of plans and a kit for making an Internet of Things Camera -- a tiny, standalone gizmo that turns an Arduino, a webcam's guts and an EyeFi card into a device that can wirelessly transmit photos to a computer, with complimentary software for processing, uploading and filing the images it captures.

Here’s our Arduino based “Internet of Things” camera. It’s a simple remote monitoring using the Eye-Fi wireless SD card and Adafruit Data Logging Shield for Arduino. The Eye-Fi card is a tiny wireless memory card. It stores photos and fits inside a camera just like a regular SD card, but also has built-in WiFi transceiver that can upload images to your computer, smartphone or to various photo-sharing sites. We use one here when taking pictures for our tutorials — it’s a great timesaver, eliminating the extra USB transfer step that’s otherwise necessary. Can the Eye-Fi card work in an Arduino SD card adapter? You bet! Adding a TTL Serial JPEG camera, together with some minimal prep work, we can then create a self-contained wireless monitoring camera with motion-sensing capabilities. Hide it inside a hollowed-out book or a plush dinosaur toy and discover who’s been eating all your Thin Mints cookies!

What makes this combination way cooler than just a normal SD card or a USB cable to a computer is all the infrastructure provided by the Eye-Fi service — not just transferring images to your computer, but pushing them to your smartphone, photo-sharing sites like Flickr, issuing email or Twitter notifications, etc.

AdaFruit has released a set of plans for building your own Internet of Things Printer. It's a weekend project that ends up with a homebrew analog of BERG's Little Printer. They also have a kit for sale.

Build an "Internet of Things" connected mini printer that will do your bidding! This is a fun weekend project that comes with a beautiful laser cut case. Once assembled, the little printer connects to Ethernet to get Internet data for printing onto 2 1/4" wide receipt paper. The example sketch we've written will connect to Twitter's search API and retrieve and print tweets according to your requests: you can have it print out tweets from a person, a hashtag, mentioning a word, etc! Once you've gotten that working, you can of course easily adapt our sketch to customize the printer.