Anti-propaganda classic 'PsyWar' is available to watch online for free 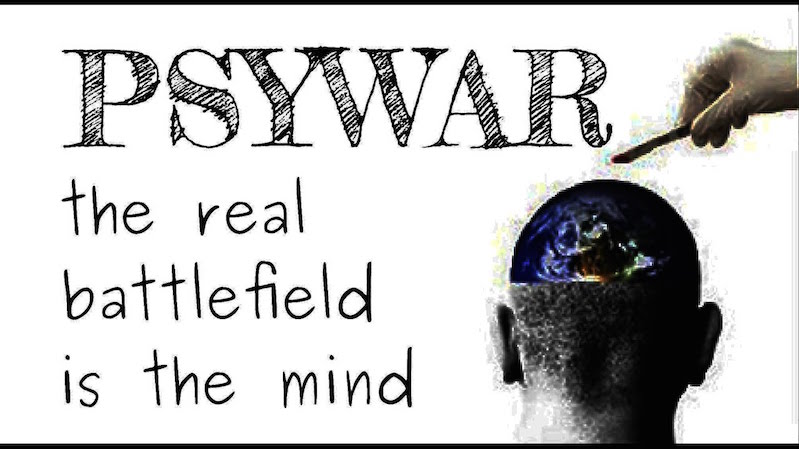 In these spin-filled times, the documentary PsyWar feels as relevant as when it was released. Metanoia Films has made it available for free to all, so check it out.

Via a review on PR Watch:

The new documentary "Psywar," featuring CMD founder John Stauber, explores corporate and government use of propaganda and public relations to manipulate American people. The movie explores how the U.S. government staged events to manipulate public opinion about the Iraq war, like the rescue of Private Jessica Lynch, the supposedly spontaneous mob that pulled over the larger-than-life statue of Saddam Hussein in Iraq. It also discusses the Pentagon pundit scandal, and the hidden activities of the Rendon Group, a PR firm specializing in spinning war. The film exposes government and corporate activities to blur the lines between real news and fake news, as well as the development over time of public relations misinformation campaigns, strategic corporate campaigns to generate goodwill and the perception of good works, the use of staged photo-ops, and other manipulative PR tools that have turned the land of the free and the home of the brave into a place where citizens are now manipulated with great efficiency, and on a massive scale.

Bonus: Their film Counter-Intelligence is on their Vimeo channel: