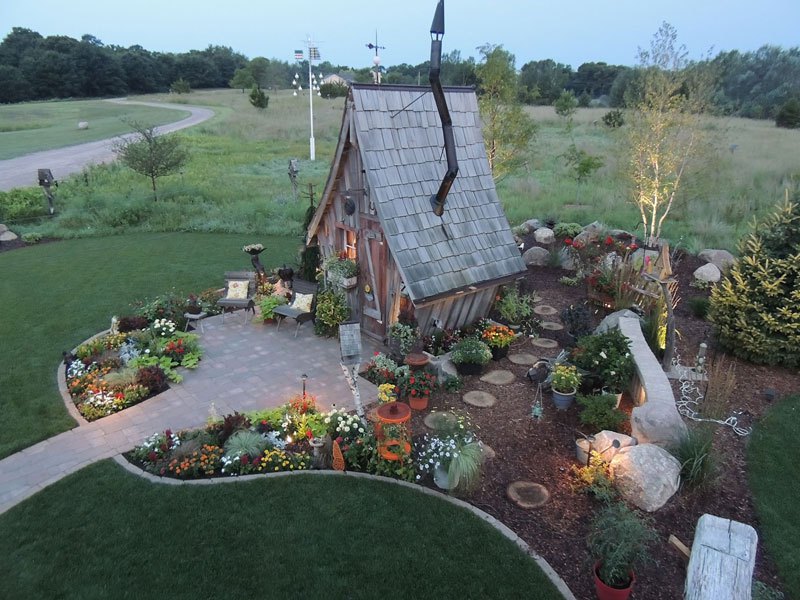 I love Storybook architecture, so Dan Pauley's whimsical shacks appeal to me. Read the rest

The widow of a man who built a bamboo treehouse in Venice, CA says her complaint about the proliferation of "McMansions" in her neighborhood led to an order from the City of LA to demolish the beloved structure.

The treehouse serves as the favorite hangout spot of his grandchildren and neighborhood kids. But on May 22, Eileen Erickson received a two-page letter from the Department of Building and Safety ordering her to “demolish” it. She faces substantial fines and possible imprisonment if she fails to comply with the instructions.

She has since received support from some 450 people who have signed a petition in favor of preserving the treehouse, and City Councilman Mike Bonin’s staff offered to help her “navigate through the system” that identified 17 related code violations.

The City of Los Angeles wants to demolish a 10-year-old bamboo masterpiece treehouse (Thanks, Matthew!) Read the rest

The "Lollipop Fort of Death" - a clubhouse on a pole

Timelapse movie of building a shed

Building the Shed from RH on Vimeo.

I'm trying to install the maker ethos in my kids. When the need came up for a garden shed, rather than buy a pre-built big-box store job or have a contractor come in, I enlisted the help of my 3 and 5 year-olds (and some backyard chickens) to build one from scratch. 32 lbs of screws and 4 weekends later, we had a nice 160 square foot shed. I documented the effort using a homemade arduino-controlled dolly platform to capture 15,500+ digital photos with my DSLR, assembled here into a 9 minute timelapse video.

My favorite part of this video is watching his adorable kids crawl and run around. Read the rest

Lloyd Kahn, author of Tiny Homes: Simple Shelter, posted this photo of a 120-square-foot house built on a trailer chassis. The house will feature a full kitchen, composting toilet, outdoor shower, sleeping loft custom built in furniture and a fireplace. The siding is reclaimed redwood fensing and flooring is maple re-purposed from an old roller skating rink in Petaluma.

Quadcopter video tour of treehouse in BC Canada

[Video Link] Here's a quadcopter video tour of a treehouse somewhere in BC, Canada. (Via Llyod Kahn's blog) Read the rest

If the storybook style appeals to you, here's a book about it that I like: Storybook Style: America's Whimsical Homes of the Twenties.