Thrift score: Vintage string art made by the guy who kicked off the fad 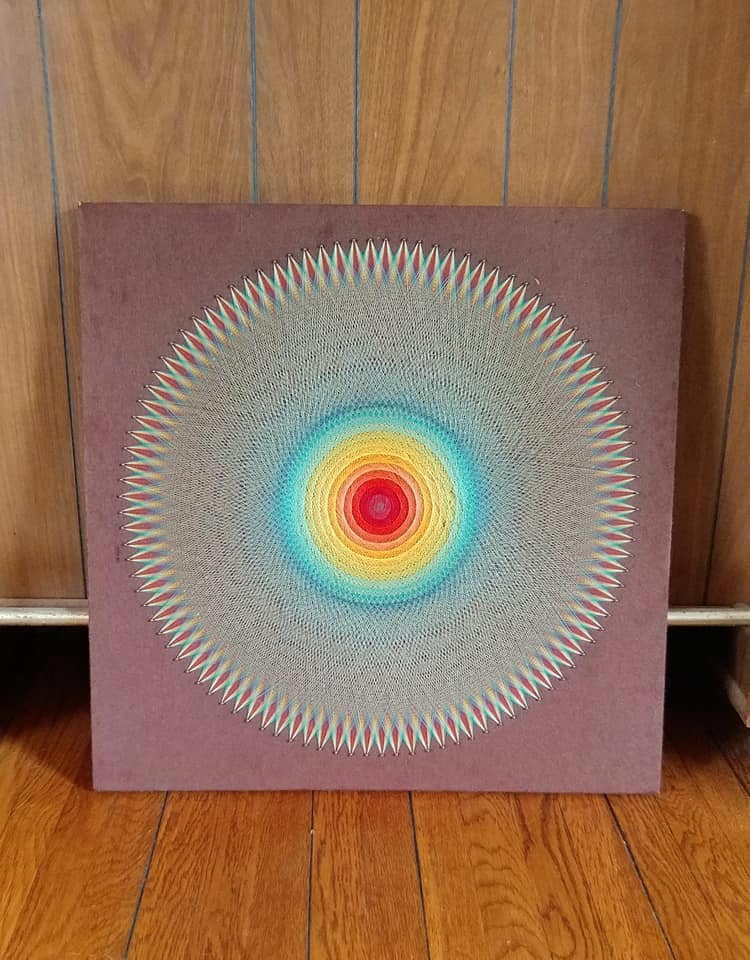 The picture doesn't do it justice but this string art mandala that I recently scored is really gorgeous. Plus, it has some cool history. When I saw it at the thrift store, it was just sitting on the floor. I immediately picked it up and flipped it over. That's when I saw this letter:

(Notice that it's addressed to "Rus," and that my name is Rusty!)

And this handwritten note by the artist:

I didn't recognize the artist's name and don't know much about string art but I liked the piece (and that terrific logo!), so I took it home. I soon discovered that the artist, John Eichinger, is the person who kicked off the string art fad in the late sixties with his String Mandalas. I also learned that he later designed patterns for mass-produced string art hobby kits.

String of the Art:

A popular hobby kit distributor at the time, Open Door Enterprises, first marketed his string art kits in the late 1960s. This is noted as one of the first times everyday people took interest in string art. It became widely popular in the 1970s with an uncountable amount of U.S. homes boasting home-made string art on their walls.

This was a real thrift score for me. I got this original Eichinger mandala for just $6.99.

Here's a closer look at the piece's details: