Checking to see if Japanese people like root beer 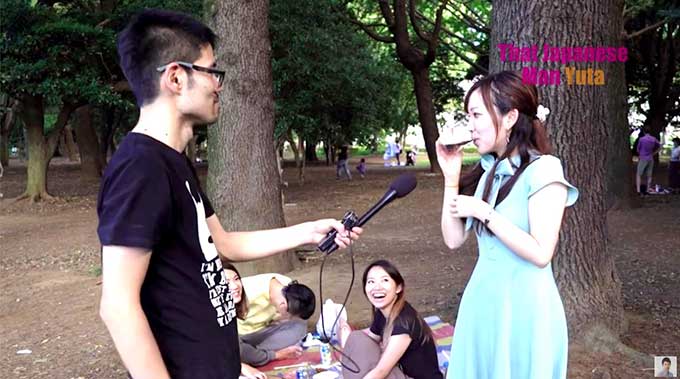 Root beer is not common in Japan (apart from Okinawa). In this video, That Japanese Man Yuta goes to a park in Japan and asks people to drink some and describe it. Most people dislike it, saying it tastes like medicine, mouthwash, "pain relief pads," or "the stuff you put on when you get bitten by a mosquito." Read the rest 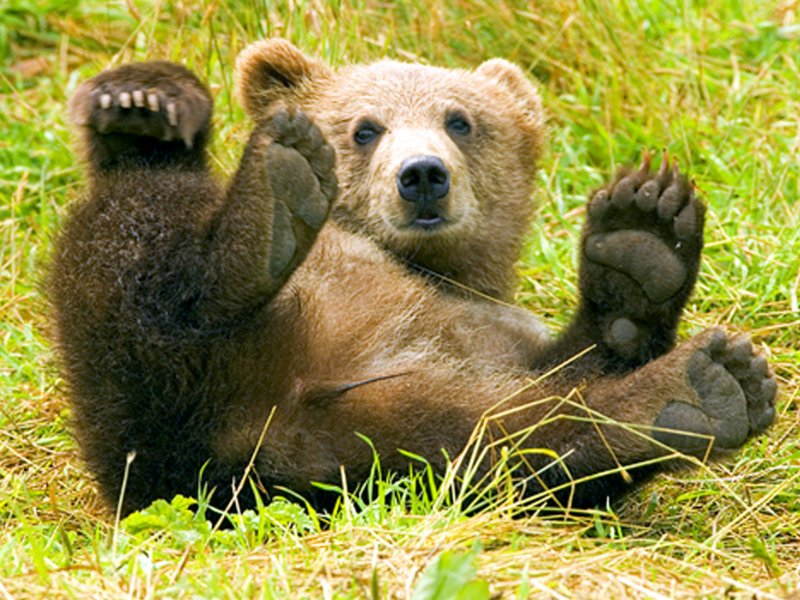 Strawberries are delicious, but is DNA extracted from strawberries delicious? Chemist NileRed extracted some DNA using food safe ingredients, then dried it and tasted it so we don't have to. Read the rest

Durian. Its flesh is so stinky that it's banned from some restaurants and hotels. The fruit is native to southeast Asia and has been part of the regional diet since prehistory. It's rich in vitamin C, potassium, and good fats and proteins. In Java, durian is believed to be an aphrodisiac (if you're not sure about this, maybe try one of these durian-flavored condoms!).

19th century British naturalist Alfred Russell Wallace described the taste of durian as "a rich custard highly flavoured with almonds, but there are occasional wafts of flavour that call to mind cream cheese, onion sauce, sherry wine and other incongruous dishes." Delicious! But be careful not to eat too much durian at once — it is super high in calories and can cause adverse health effects. (Last week, one Malaysian Parliamentarian ate so much durian that he almost passed out at a banquet.)

I've never tried cooking with durian, but this recipe for Laotian sticky rice with durian looks delicious. Will someone try it and let me know how it turns out?

Every installment of Taste Test will explore recipes, the science, and some history behind a specific food item.

Last week, my cousin and I went to a lovely dinner party hosted by forageSF, a wild foods community in San Francisco. One of the eight courses was a green salad with beets and foraged sea beans. It was the first time I've ever eaten sea beans. They are a delightful addition to my growing list of favorite greens.

I've seen wild sea beans growing along the coast of Northern California, but I never knew they were actually good to eat. Even after they're washed and coated in dressing, they sustain the aroma of the salty ocean — they have a really unique crunch to them, too, almost like they're fried. The flavor? I'd say it's a cross between string beans, asparagus, and potato chips. Delicious!

The official name for sea beans is salicornia (it's the only word I know that rhymes with California!) but they're also known as pickleweed, glasswort, drift seeds, sea asparagus, sea pickles, and marsh samphire.

Sea beans have been around forever, but it's only recently that we've started to see them pop up at farmer's markets and at local grocery stores. There are a lot of fancy ways to prepare sea beans, like this black roasted cod with sea beans and oysters recipe on Epicurious — inspired by the movie Mostly Martha — but I would suggest simply sauteeing or boiling them just to enjoy the full effect of the veggie on its own.

Every installment of Taste Test will explore recipes, the science, and some history behind a specific food item. Read the rest

The first time I fell in love with timur was in a tiny cavelike kitchen in Kathmandu Valley. A little girl named Srijana put a tiny black peppercorn-like object in my palm. "Smell this, sister," she said. "I used this to make the achar." It had a confident, flirty aroma — black pepper with a gentle seductive burst of blood orange. To compliment the dinner that her aunties cooked at the orphanage, Srijana had crushed several pods of timur and put it the achar, a salsa-like sauce of stewed tomatoes, ginger, garlic, and onions sizzled in walnut oil, ground to perfection in a black iron bowl. Read the rest

Passion fruit has quickly made its way up to the top of my favorite-fruits-to-eat-raw list. Inside the semi-hard yellow shell is a swarm of gooey seeds reminiscent of tadpole eggs; the best way to eat it is to cut it in half and spoon out the insides. When ripe, it's incredibly sweet and tropical and refreshing. I wish somebody would hand me a giant jar of it so I could devour it like apple sauce. Read the rest

I was really excited to pick up a mangosteen in Dubai — it's a beautiful purple fruit that looks like a cross between a turnip and an eggplant on the outside. Crack open its shell, though, and you find this wonderfully luscious white fruit that tastes like a sweeter, softer, honey-coated version of lychee. Read the rest

I got a lovely surprise in my CSA box last week — lemon balm. It's a herb related to mint, and it smells a lot like lemon. Lemon balm is believed to have a stress-reducing effect, and if you rub the leaf and take a whiff of the scent, you'll immediately know why — it's such a peaceful, happy smell, a bit more cozy than lemongrass but not as pungent as lemon verbena. Read the rest

This has to be one of the strangest looking fruits on the planet. It's also one of the most useless when it comes to conventional usage — this member of the citrus family has no pulp or juices; it's all skin and pith. But while you wouldn't squeeze this one over veggies or in your afternoon tea, its rind is a complement to almost anything and can be seen on many a fancy restaurant's menu. Read the rest

A kumquat is one of those things that I always admire at the produce section of the supermarket but never buy. I love the burst of sweet-and-sour-with-a-spicy-kick goodness that this tiny citrus fruit with the beautiful shiny orange skin adds to almost anything. But a part of me doesn't want to cook with it — maybe I'm afraid the novelty will wear off. Read the rest

It's so sour that just looking at it makes you salivate. At least that's how the saying about umeboshi, or sour plum, goes. There's some truth in it, too — umeboshi has double the citric acid content of a lemon, so when you stick it in your mouth you can feel your cheeks suck into themselves. Nevertheless, Japanese people consume umeboshi often, not just to add flavor to things but straight up as a condiment with rice. Maybe it's because we believe that umeboshi has health benefits, like improving blood flow, helping digestion, and fighting bacteria. Or maybe because, when the red fruit is placed in the middle of a bento box full of white rice, it kind of looks like the Japanese flag. Read the rest

It's called cherimoya, and — as the woman stocking the produce section at Rainbow reminded me twice — it's only in season, like, right now. On the outside, it looks like a cross between an artichoke and a pear — green, scaly, and lightbulb-shaped. It has a few decent-sized seeds in its core that are easy to remove, and its white flesh is jello-smooth. I suppose I could have mixed it in a salad or something, but I decided to just eat it raw. After all, this is a fruit that Mark Twain supposedly called "deliciousness itself."

I don't know what it tasted like to him, but to me it tasted like... part apple, part pear, part strawberry, part cherry, coated in sugar and wrapped in the texture of a fruit roll-up. I wish I'd bought more than one. When the skin turns slightly brown like this one, that's when it's perfectly ripe and good to eat. Read the rest

What a beautiful specimen this thing called the dragon fruit is! Its skin looks like the feathers of an exotic bird or the petals of a tropical flower. Cut it in half and you get the most simple black-and-white interior imaginable. It's so... interesting. I have to admit that I didn't know anything about it until I got a serving of crappy fruit salad on my Hong Kong-Tokyo flight earlier this week. Maybe it was just the airplane food thing, but I found it to be pretty plain-tasting. Read the rest

Kabosu is a citrus fruit that tastes kind of like a cross between a lemon, lime, and yuzu. It gets harder to find the further you get from Oita Prefecture, on the southern Japanese island of Kyushu, because 98% of all kabosu production takes place there. Legend has it that the tree first arrived in Oita when an Edo period doctor from Kyoto brought a branch to the region and planted it. Read the rest

I love ginkgo nuts. They have a nutty, ever-so-slightly bittersweet flavor and a punchy-soft texture reminiscent of jelly beans that is, in my experience, quite unmatched by other nuts. They're also beautiful to look at — tiny egg-shaped beads that are a pale yellow when raw and take on a translucent, golden-green glow when cooked. Read the rest

Looking at a slice of the watermelon daikon, you'd almost think it should taste like a real juicy watermelon. Of course, it doesn't — it tastes like an ordinary radish, except a little bit sweeter and more peppery. Some believe it's an heirloom variety of daikon, the long white Asian radish. Read the rest