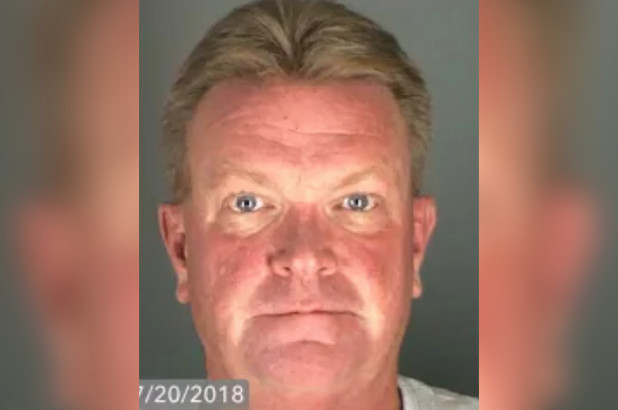 Kevin McMahon of Longmont, Colorado received a year's probation for harassing and threatening a Hispanic family swimming in a pool in their apartment complex, where McMahon also resided. McMahon called the family wetbacks and told them, “When Trump builds the wall, they are gonna need to know how to swim back home.” Police say McMahon also told the family he was going back to his apartment to get a gun, and he returned with something wrapped in a towel that looked like a gun.

In an affidavit, McMahon insisted he never said "gun."

McMahon — who was swimming with his granddaughter at the time — also claimed that the family misheard him, claiming that he said he was headed back to his apartment to get more rum rather than a gun.

“And rum sounds like gun, so I could see how they might think that,” McMahon told police, according to the affidavit.

Racist tries to shame Spanish speakers in market, but another shopper steps in to shame the racist 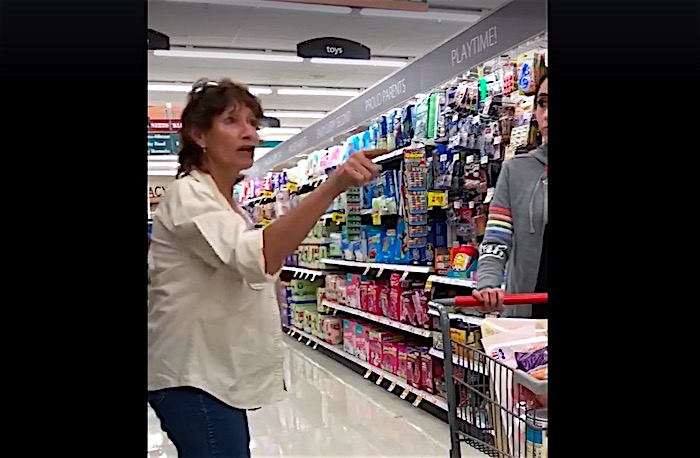 Two women were speaking Spanish to each other in a Rifle, Colorado grocery store when they were interrupted by racist Linda Dwire. “You’re in America. You’re in my country. You can’t speak Spanish here. You need to speak English if you’re going to be in America.”

That's when another shopper, Kamira Trent, came to their defense. "I’m calling the cops. You leave these women alone! Get out!” she yelled. She then followed the trumpian creep down the market aisle to set her straight.

The exchange was posted by Faby VelSa on Facebook:

According to Raw Story, she did call the cops, and the ignorant Dwire was arrested "on two counts of bias-motivated harassment."