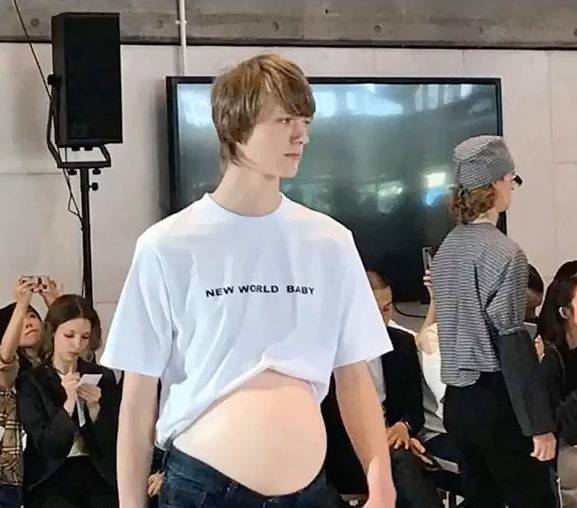 The Beijing-based designer has always been known for indulging in strong, dystopian-tinged narratives, and this season’s sartorial plot was no shortage of drama. SS19 ran amok into a supernatural future of male pregnancy, Blade Runner-esque hospital scrubs and cyberpunk chastity belts, where Zhou’s recurring design elements took on another chapter of evolution.

The show was set in the Queen Elizabeth Hall and soundtracked by of a robotic female voice chanting eerie phrases such as “I am digitized.” Male models marched down the runway bearing prosthetic pregnant bellies and eerie blue contacts lenses, symbolizing the blurred lines between human and extraterrestrial being...