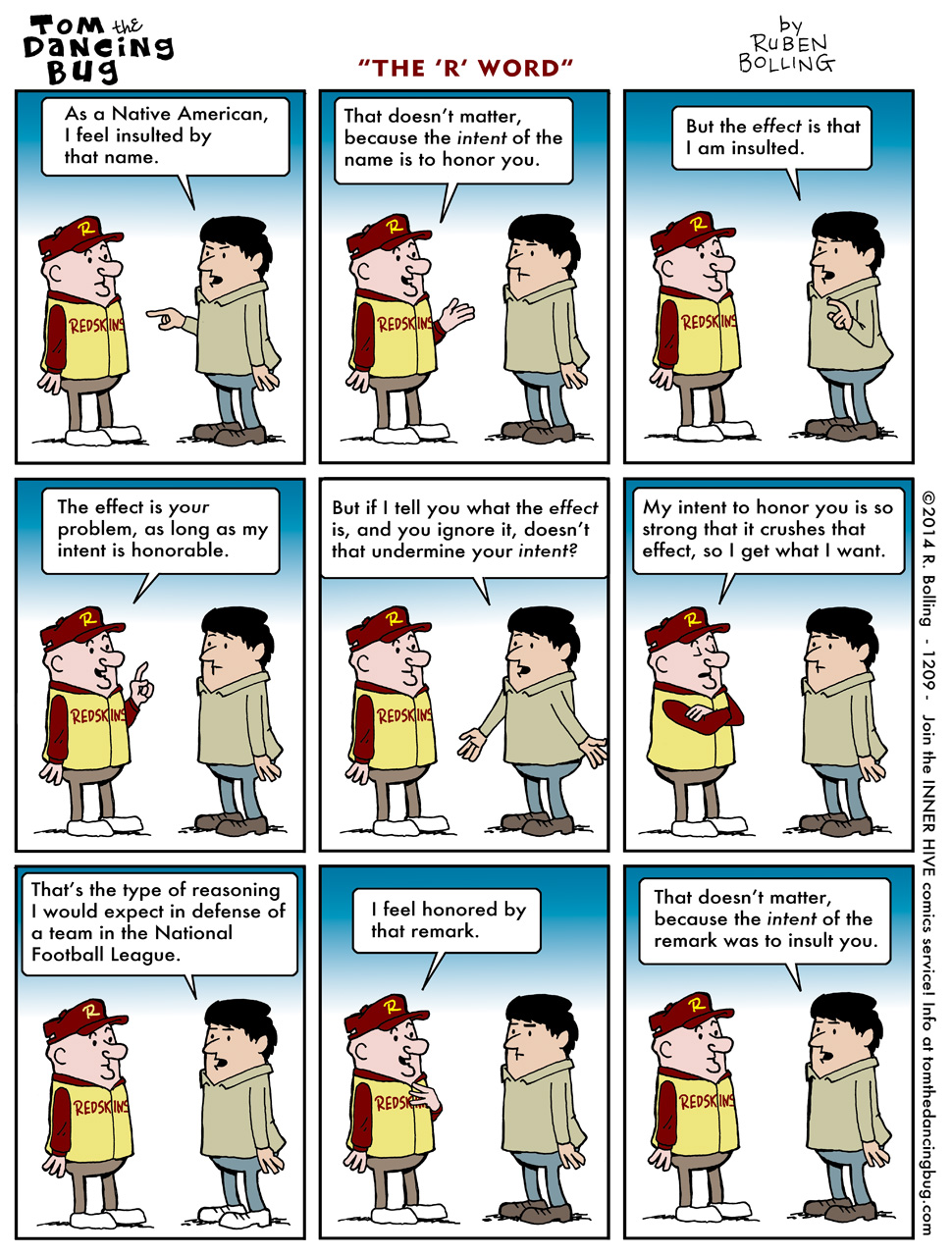 Tom the Dancing Bug, IN WHICH a team named after an ethnic slur is defended.

MOST IMPORTANTLY, JOIN: The exclusive Tom the Dancing Bug club, the INNER HIVE!