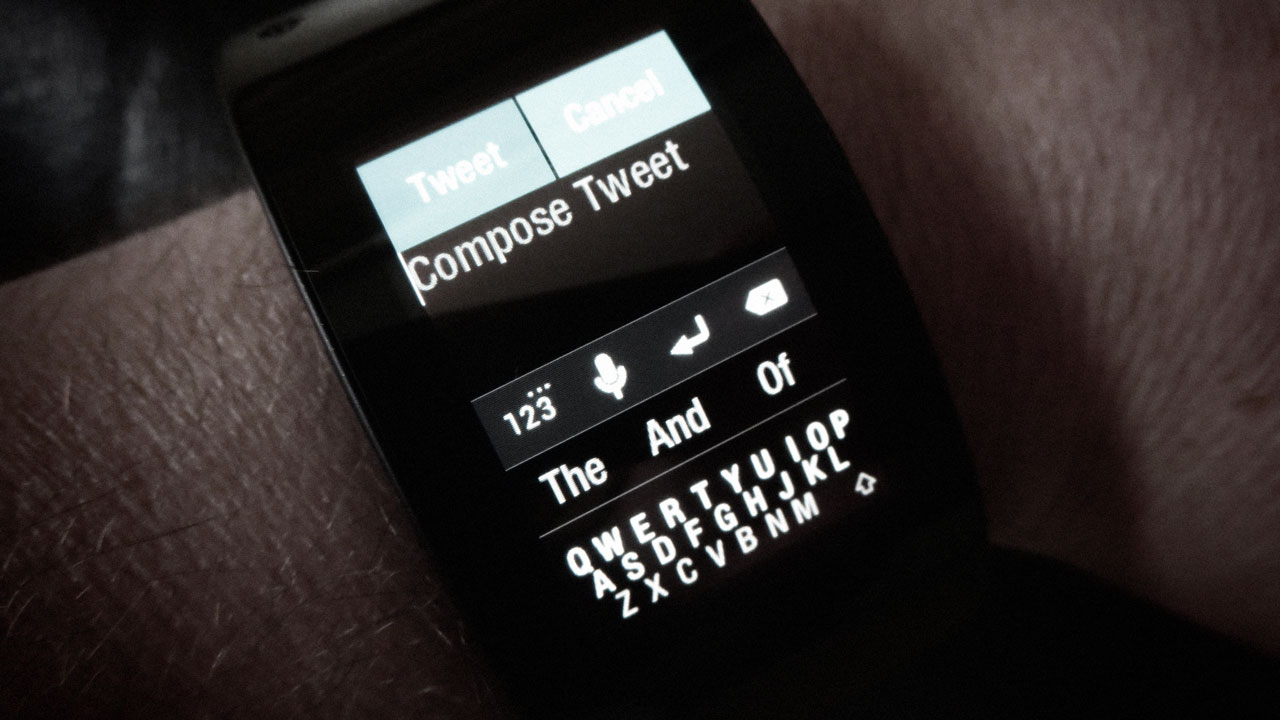 There’s a new smartwatch that lets you make phone calls right from your wrist. No, not that one.

Unlike the about-to-ship Apple Watch, the PULS has been around since October. Sort of.

That’s when musician/entrepeneur/occasional trademark collector will.i.am unveiled this $399 “smart cuff” at Salesforce.com’s Dreamforce conference in San Francisco . And then an invite-only preview program began: You could make your case for getting a chance to buy one by testifying about your “leader,” “trailblazer,” “cultural tastemaker,” “dreamer,” “creator” or “fashionista” status.

I came across a review unit after sitting down with will.i.am during the International CES trade show and wore it on and off during the months after. I can’t say I’ll miss this device when I return it, but wearing it was certainly an enlightening experience.

First off, the PULS isn’t a smart watch as we’ve gotten to know it. Unlike the Apple Watch, Android Wear watches and such earlier wearables as Samsung’s Galaxy Gear, this Android-descended device is a phone with its own AT&T bill—but not its own browser or app store.

(I’d make a Dick Tracy comparison, but I don’t think I’ve read one of those strips outside of illustrations in wearable-tech stories.)

Having a phone in your watch turns out to be less than practical unless all your calls involve extroverts who will appreciate being overheard by passerby—the PULS only works as a speakerphone, just like the Apple Watch when it acts as an extension of your iPhone.

You can pair the PULS with a Bluetooth headset, if you don’t mind the bonus social stigma.

Having to incorporate the guts of a smartphone also makes the PULS an exceptionally chunky contraption, from 3/8th of an inch thick on its screen side to 5/16th of an inch at the other end. It barely fit under the cuff of a dress shirt and was then difficult to tug out to view.

The PULS exhibited woeful battery life: Its talk time of 5 hours and 42 minutes was one of the worst I’ve seen, even though its screen had automatically shut off for most of that time. (Like the Apple Watch, this spends most of its time not displaying the time.)

At CES, i.am said he had to charge his own far more often: two to three times a day. But because I rarely used the loaner unit to make phone calls, I was able to get through a full day before I had to click a proprietary alligator-clamp charger around the band.

The PULS’s self-contained design also leaves you no way to enter text but your voice or its dauntingly dainty onscreen keyboard. Before you ask: As ridiculous as using a Bluetooth keyboard might seem, I tried that anyway but couldn’t get the watch to pair with a Motorola unit.

Voice input can work reasonably well, although my first attempt at composing the winter-weather tweet “I like glazed donuts. I do not like glazed sidewalks” came out as “I like late donuts I do not likely sidewalks.”

The keyboard wasn’t as awful as I expected when I had to type words in the dictionary; as its setup routine showed, it was smart enough to read “Udlll” as “Hello.” But for e-mail addresses and passwords… ugh. It was an ordeal I don’t need to revisit again, ever.

The PULS can sync to a variety of online accounts; I set up my loaner unit with Gmail and Google calendar and contacts, plus Twitter and Instagram, but could not get Facebook to sync.

It also ships with music and maps apps. The latter only offers driving directions, which is a huge missed opportunity—a smartwatch is great for getting walking and biking directions on the go.

And you have a virtual assistant, “aNeedA.” She was good at looking up bits of data via Wolfram Alpha but could not set a timer, thwarting my hope of using this device as a cooking co-pilot.

So what did I like? The simple, calming interface of the PULS. You swipe up or down to go from one app to the next; as each one appears, its outline of an icon drops its own shadow, a visual effect i.am said was meant to evoke a sundial.

There’s no need to worry about whether you need to swipe left or right versus up or down, as is the case in Android Wear. The only part of the UI that requires learning is the nifty gesture through which you can jump from an individual app back to the home list of apps, the notifications list or aNeedA; swipe in from the right, then trace a path to any of those three icons.

You may be more likely to see that interface on somebody else’s wearable, courtesy of the recently-announced deal with Gucci to develop a smartwatch. And what about getting the PULS itself out of that closed preview program? An answer came from a PR rep on Wednesday: “We just completed the three month program and will be applying our findings to create the next generation of the PULS device to bring to market later this year.”

That may limit the signature accomplishment of the PULS to this: not getting confused for another smartwatch.