TOM THE DANCING BUG: Dr. Seuss's New Book, Based on a Shopping List He Once Wrote 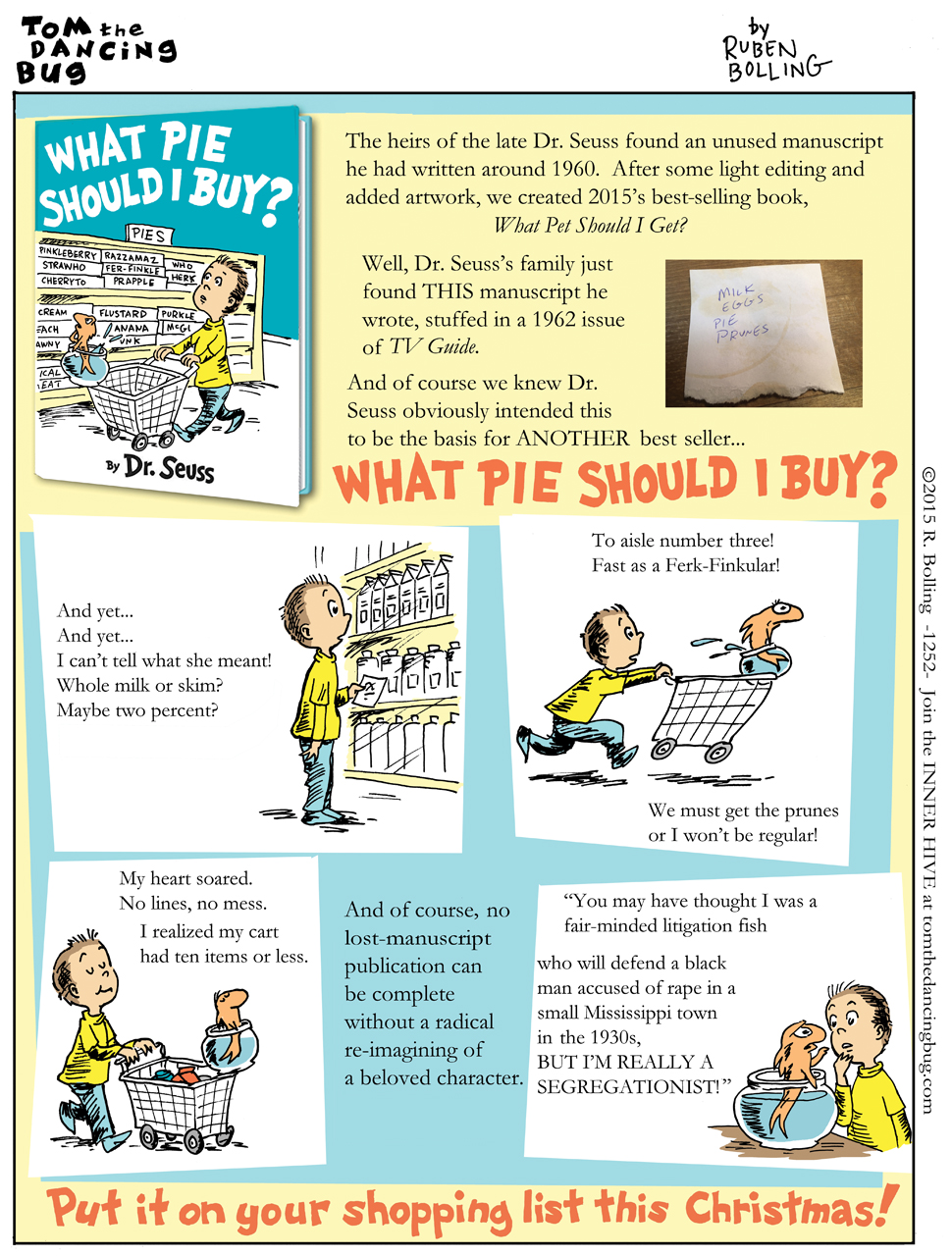 Tom the Dancing Bug, IN WHICH Dr. Seuss's new book, Which Pie Should I Buy, is based on a long-lost "manuscript"!