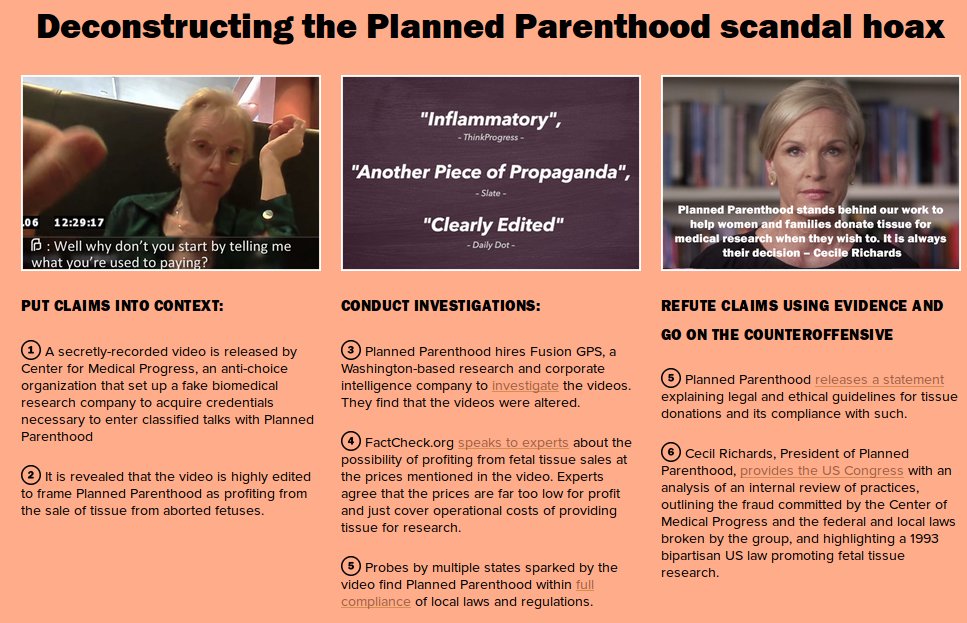 Gabriela writes, "Hopes&Fears starts the week with this roundtable in which we invite four professional skeptics to discuss the ins and outs of busting a hoax. From Ben Radford, deputy editor of The Skeptical Inquirer, to Susan Gerbic, founder of Guerilla Skeptics on Wikipedia, we discuss the real potential dangers of misinformation and disinformation in the digital age."

"It's an especially important conversation in light of the current threat to defund Planned Parenthood after the organization was targeted by a fraudulent anti-choice organization, as well as the resurgence of diseases that have been well under control for the better part of the past century due to the well-fueled -- and well-refuted -- rumor that vaccinations cause autism.

"As the saying goes, 'A lie can travel half way around the world while the truth is putting on its shoes.' This is especially true in the age of the Internet, and these experts work diligently to expose the truth."

PH: Well you get into the proximity question, which is that people often confuse correlation and causation. With some of these vaccines—I'm not going to speak to all of them, because I don't know all of them—the onset of a problem occurs at a certain stage of development about the same time the vaccination is being given. They see a correlation between the vaccine being administered and the problem arising and misperceive it as causation.

BR: There are a couple of reasons why the anti-vaxxers’ positions and beliefs are so intractable in the face of evidence and arguments. For starters, there's a very strong conspiracy theory element to it and conspiracies are very, very difficult to disprove. One of the things that comes up is the distrust of government and Big Pharma. This assumption that the dangerous risks of vaccines are being intentionally hidden from the public by doctors and drug companies often claiming collusion with the U.S. government for big profits. Because of the conspiratorial nature of this belief, any evidence you offer is assumed to be part of the conspiracy. If you point out to people, and I've done this, that Andrew Wakefield's paper was retracted, their answer is, “Well that's because the AMA and the British Medical Journal are trying to silence him.”

Also, humans are story-loving creatures. Even though in science anecdotes aren't evidence, personal anecdotes can be more powerful than science. So when you hear, for example, Jenny McCarthy on television crying about her child who she believes has advanced autism or other medical problems because of vaccines, that's very powerful. She genuinely believes this, which makes people believe it, too.

Professional hoax-busters on Planned Parenthood, anti-vaxxers and the disinformation age [Hopes and Fears]