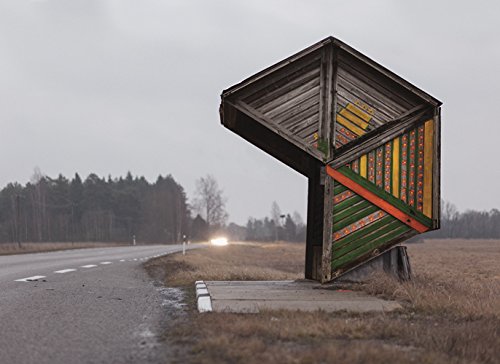 Wired has a nice article up today about bus stops built in the Soviet Union, as photographed by Chris Herwig. Some of them look beautiful, some of them look like dead robots, and some look positively dangerous to be under.

Photographer Christopher Herwig first discovered the unusual architecture of Soviet-era bus stops during a 2002 long-distance bike ride from London to St. Petersburg. Challenging himself to take one good photograph every hour, Herwig began to notice surprisingly designed bus stops on otherwise deserted stretches of road. Twelve years later, Herwig had covered more than 18,000 miles in 14 countries of the former Soviet Union, traveling by car, bike, bus and taxi to hunt down and document these bus stops.


The local bus stop proved to be fertile ground for local artistic experimentation in the Soviet period, and was built seemingly without design restrictions or budgetary concerns. The result is an astonishing variety of styles and types across the region, from the strictest Brutalism to exuberant whimsy.

The book, Soviet Bus Stops, is available from Amazon and elsewhere.

Lao Dongyan is a professor specializing in Criminal Law at Tsinghua University; on Oct 31, she posted a long, thoughtful piece to their public Wechat account about the announcement that Beijing's metro system will soon deploy facial recognition to "improve efficiency of passenger traffic." Prof Lao makes a smart, thorough argument against this, drawing on […]