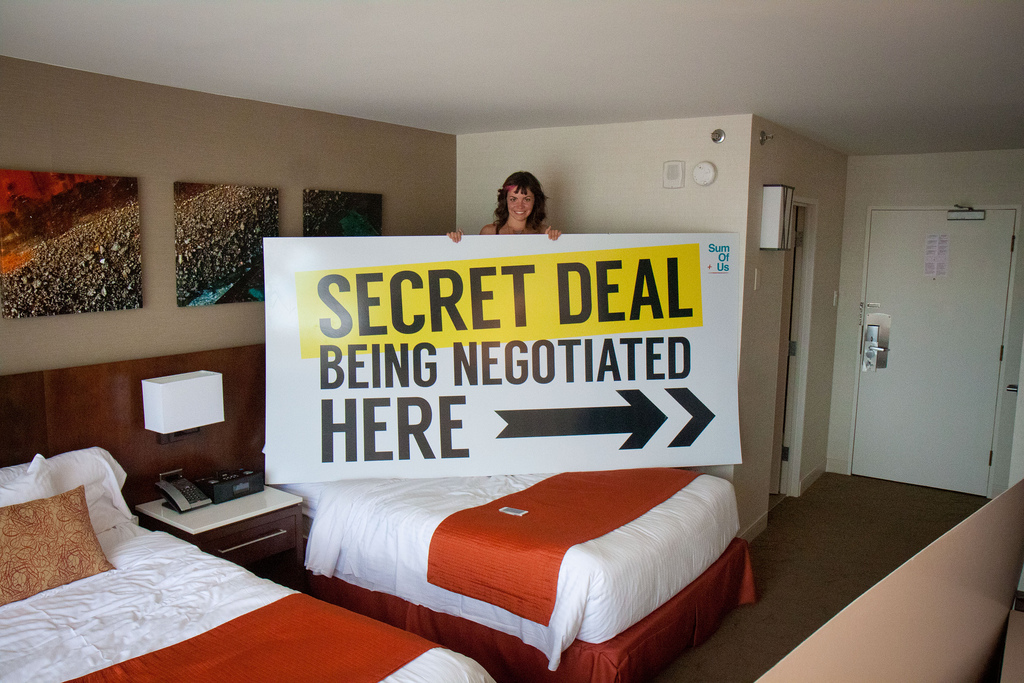 Wikileaks has published a leaked draft -- dated Oct, 5, and thus possibly the final text -- of the "Intellectual Property Chapter" of the Trans Pacific Partnership, and it's grim reading.

First in the parade of the Just Plain Wrong: the Internet has been included in a secret trade agreement.

Second: that the Internet is in a trade agreement at all

Third: The chapter dealing with the Internet is the intellectual property chapter, which tells you that as far as the negotiators were concerned, the most important fact about the Internet is whether people watch movies without paying for them -- not whether the nervous system of the 21st century through which we conduct our work, family, romantic, artistic, and political lives is appropriately safeguarded.

Then we get into the specifics.

Under the terms of the text, countries in the TPP can force each other to suspend legal proceedings if the trial would cause embarrassing information -- information "detrimental to a party’s economic interests, international relations, or national defense or national security" -- would come to light. That would be the Wikileaks/Snowden clause.

Also, if one country is prosecuting someone for "intellectual property theft," they can require other countries to turn over huge amounts of private data: "information regarding any person involved in any aspect of the infringement or alleged infringement, and regarding the means of production or the channels of distribution of the infringing or allegedly infringing goods or services, including the identification of third persons alleged to be involved in the production and distribution of such goods or services and of their channels of distribution."

In other words, if you're accused of downloading anime in America, the Japanese government can force your American ISP to hand over all of your parents' online records.

“The text of the TPP’s intellectual property chapter confirms advocates warnings that this deal poses a grave threat to global freedom of expression and basic access to things like medicine and information,” said Evan Greer, campaign director of internet activist group Fight for the Future. “But the sad part is that no one should be surprised by this. It should have been obvious to anyone observing the process, where appointed government bureaucrats and monopolistic companies were given more access to the text than elected officials and journalists, that this would be the result.”

(Image: Inside the Hotel, Sumofus, CC-BY)