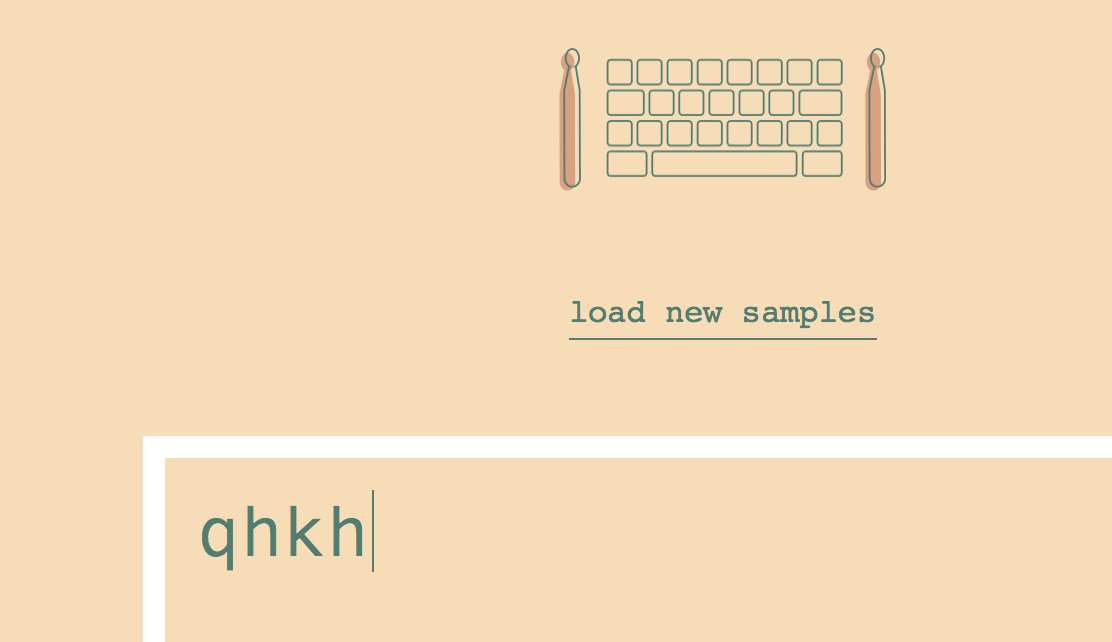 Typedrummer is exactly what it sounds like: type letters into the window and hear them interpreted as rhythms. "qhkh," for example, results in a standard 4/4 rock beat in the default sample set (q is a kickdrum, h a hat, and k a snare). You can switch to another sets, too, taken from the song Fool by Moon Bounce.

He and I, along with our friend Jeremy, run a record label called Grind Select where we we pair awesome releases with interactive web experiences. Just yesterday we released a new song and interactive site for a chamber pop band called All Boy/All Girl. I hope you'll check it out!

There are great examples on the thread at r/internetisbeautiful