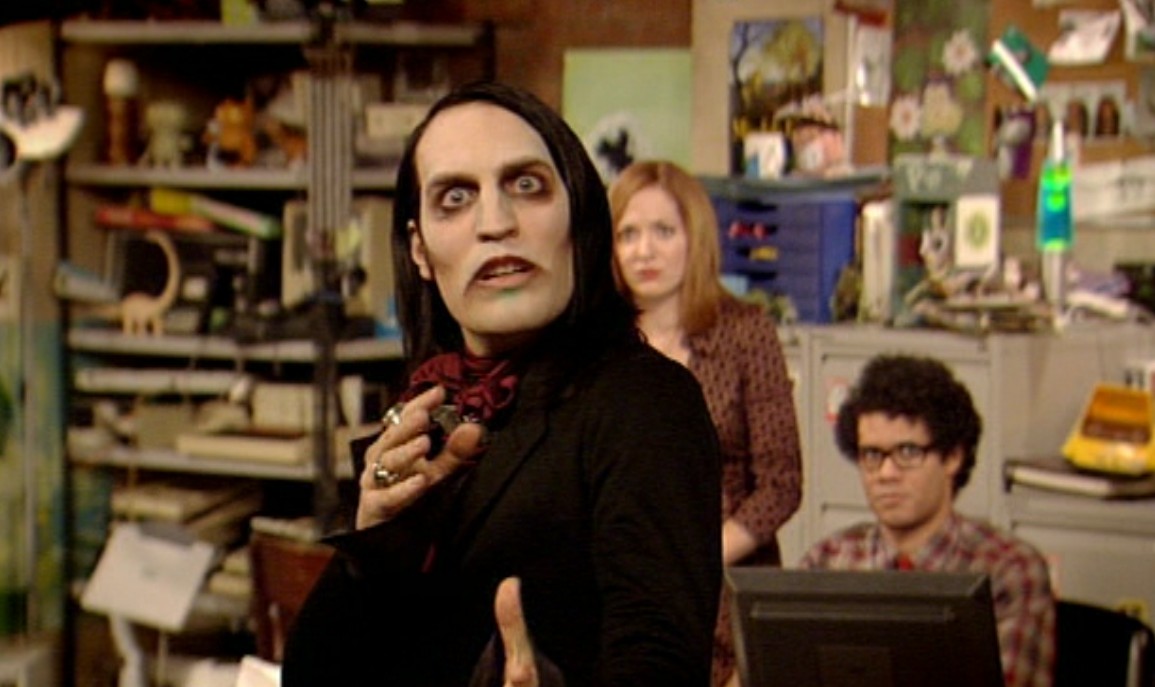 Engineering broadband light absorbers is crucial to many applications, including energy-harvesting devices and optical interconnects. The performances of an ideal absorber are that of a black body, a dark material that absorbs radiation at all angles and polarizations. Despite advances in micrometre-thick films, the absorbers available to date are still far from an ideal black body. Here, we describe a disordered nanostructured material that shows an almost ideal black-body absorption of 98–99% between 400 and 1,400 nm that is insensitive to the angle and polarization of the incident light. The material comprises nanoparticles composed of a nanorod with a nanosphere of 30 nm diameter attached. When diluted into liquids, a small concentration of nanoparticles absorbs on average 26% more than carbon nanotubes, the darkest material available to date. By pumping a dye optical amplifier with nanosecond pulses of ∼100 mW power, we harness the structural darkness of the material and create a new type of light source, which generates monochromatic emission (∼5 nm wide) without the need for any resonance. This is achieved through the dynamics of light condensation in which all absorbed electromagnetic energy spontaneously generates single-colour energy pulses.