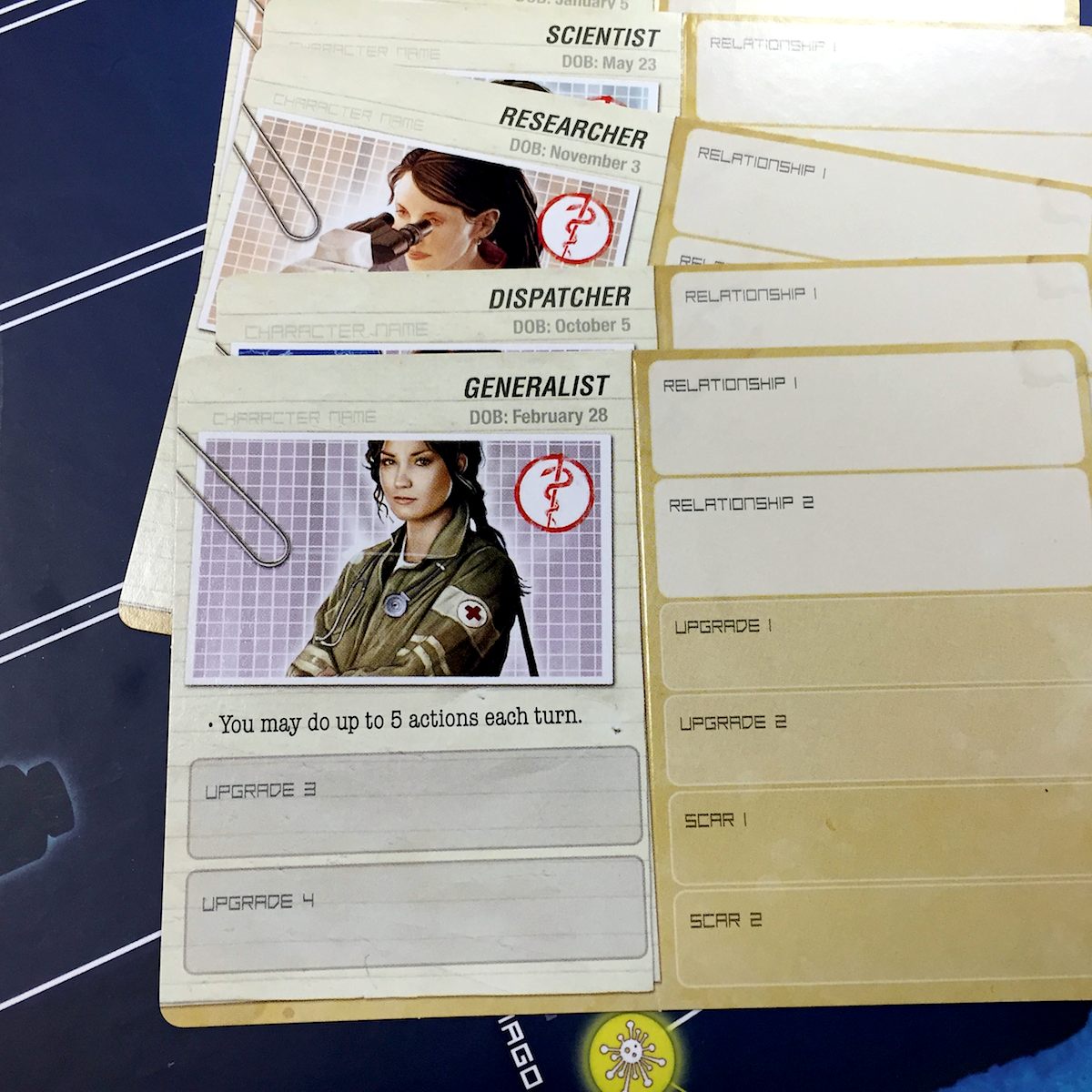 If you’re familiar with Pandemic then you’ve already got a handle on the basic game play of Pandemic Legacy. Fly around the world, cure diseases and save humanity. The first differences you’re going to notice with any Legacy game is the sheet of stickers, secret envelopes with little numbers and Advent calendar-like little packages in the main box. Pandemic Legacy takes place over the course of a really bad year for humanity. You’re going to be trying to save the world from four diseases, but this time, each individual game is going to affect the future ones as you place stickers on the board and the game changes permanently when certain events occur.

We’ll not be going into spoilers here, but some of the common knowledge things that carry over from Pandemic as slightly changed are that when cities outbreak, the first one is free, but then they slowly spin out of control there, restricting travel to and from those cities, making it harder to move in and out. Also your role will be with you for the duration of the game, and being in a city when it falls means bad things happening to your character that’ll provide lingering effects.

As far as play goes, you’ll get about 12-24 plays out of a single box of Pandemic Legacy. You get two chances per month to win, and the game adjusts difficulty based on how your record is going by varying the number of special cards in the player deck. Gone is changing the number of epidemics – now it’s a steady five. It is worth noting that you can play nice regular Pandemic on this board before you start adding things to it, and the game recommends doing just that if you haven’t played before to get used to the way it’s played before you start tearing up game components and putting stickers on the board. There are a few other little changes, like some of the routes that have been added to connect things up a little, but they’re minor enough that seasoned players should be able to strap in for a memorable ride.

Escape from the Haunted Mansion is a massive, ambitious free papercraft project to download, print, mount on coreboard, cut out, assemble and play. I have no idea if the gameplay is any good, but the model is freaking gorgeous. It's from the good folks at Disney Experience, who have a wealth of papercraft Disney projects […]