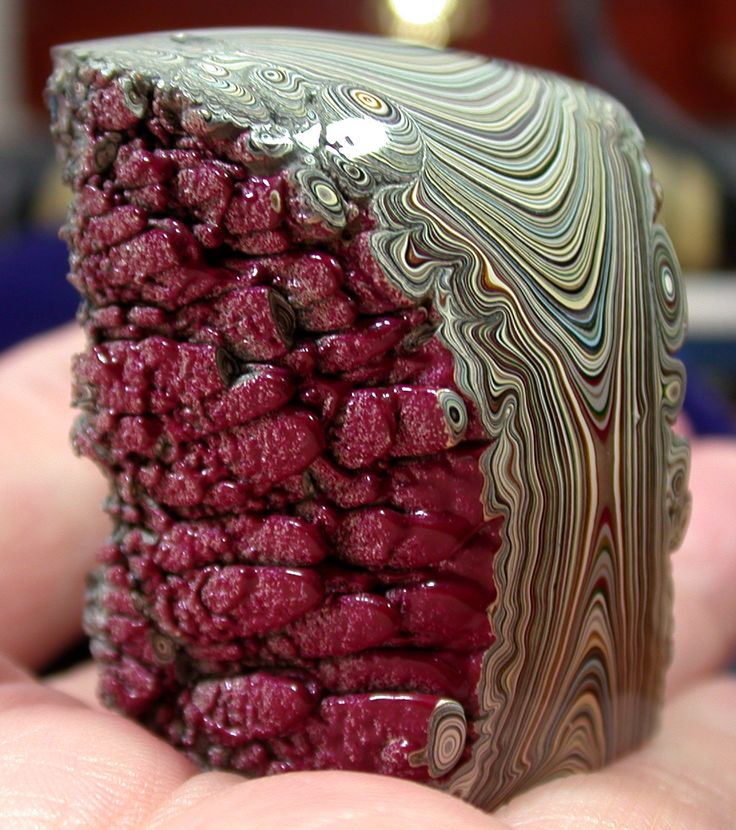 "Fordite" is an anthropocenic mineral "formed from the built up of layers of enamel paint slag on tracks and skids on which cars were hand spray-painted (a now automated process), which have been baked numerous times. In recent times the material has been recycled as eco-friendly jewelry."
(via JWZ)