Not (just) the War on Drugs: the difficult, complicated truth about American prisons 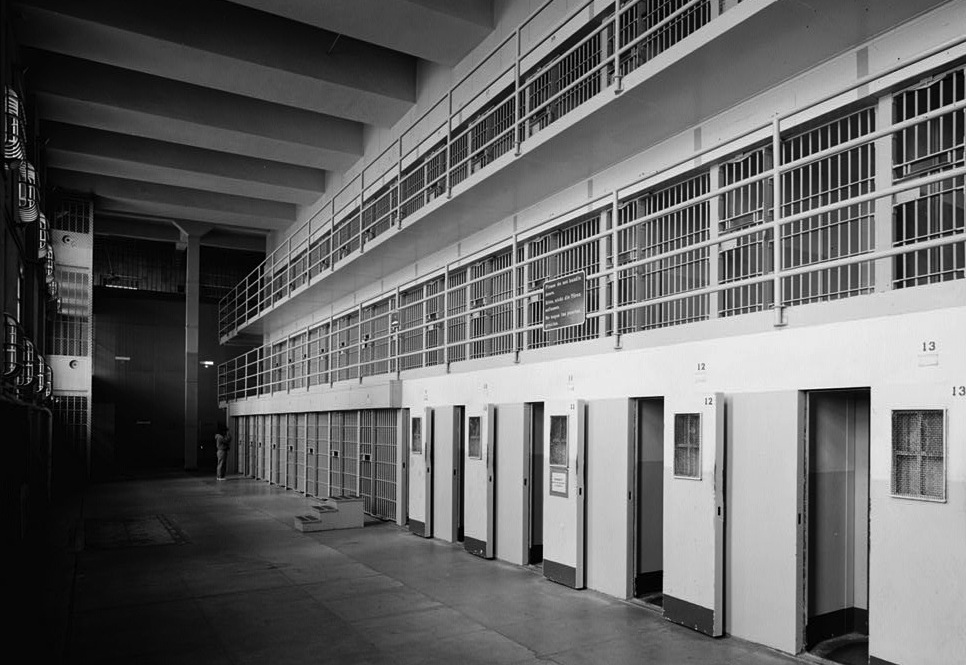 U Penn political scientist Marie Gottschalk has a new book out, Caught: The Prison State and the Lockdown of American Politics, in which she expands on her prodigious work on the root causes of America's astounding rate of incarceration.

Gottschalk is very critical of the current prison reform movement, which emphasizes racial disparity, the private prison system, and the War on Drugs as the causes of mass incarceration. The reality, she contends, is a lot more complex.

One significant problem with the present-day consensus is its emphasis on getting "nonviolent drug offenders" out of prison to make room for the "real bad guys." This ignores the unprecedented extension of sentences for sexual and violent offenses, two notoriously flexible categories. Prosecutors and judges can and do sentence people guilty of public urination or teenagers guilty of consensual sex with each other to long terms as "sexual offenders," while teenagers guilty of violent crimes are handed down life sentences that can literally run out their entire lives.

This is not only without precedent in American history (throughout which the idea of sentencing even murderers to decades in prison was viewed as inhumane), but without parallel in the industrialized world.

Excluding the inhumanity of long sentences for anyone from the debate leads to all sort of bad outcomes.

Take racial inequality: the states that are most racially biased are the states that have the most humane sentences -- for white people. States like Minnesota don't sentence black people to longer terms than southern states, they just sentence white people to shorter terms that are more in line with the historical/global sentences for all offenders. Meanwhile, southern states have achieved race-blindness in sentencing through the expedient of sentencing all offenders to the inhumane terms previously reserved to people of color.

Equality itself can't be the goal of prison reform. The American prison system imprisons women at a rate that makes its racist sentencing pale (ahem) by comparison: imprisoned American women account for one third of all the women in prison in the world -- and these women, of course, are disproportionately racialised women.

Likewise, the emphasis on cost-savings from releasing prisoners -- the concept that unites the left and right on prison reform -- can't be the sole basis for reform. Most of the costs of running a prison are fixed costs; additional prisoners add very little to the expense of running the system. Unless prisons themselves are shut down and new funds are found to pay for mental health services and the other public services that really do help people escape the criminal justice system, the emptied-out prisons will sit there, awaiting new bodies for their cells.

Gottschalk's views are complicated and nuanced, and challenge easy answers and orthodoxy. But they're an important prescription for a terminal illness in the American body politic, one that destroys the lives of women, people of color, and especially women of color, with a rapacity that is unmatched through history and throughout the world.

It seems to me this is the problem with the obsession over the Adnan Syed case at the center of the Serial podcast: we obsess over his potential innocence because it’s the only way he won’t serve out a life sentence.

I agree. People think he should be let out because he’s possibly innocent or due to possible prosecutor misconduct. No one argues he should be let out even if he’s genuinely guilty because life plus thirty years is an excessive sentence for someone who committed homicide as a teenager.

Years ago, governors and presidents used executive clemency to express mercy or to make a broader political statement. President Woodrow Wilson commuted the sentences of hundreds of people convicted of alcohol-related crimes to express his opposition to Prohibition. On Christmas Day in 1912 at the height of Jim Crow, Gov. George Donaghey of Arkansas, a fierce opponent of the brutal convict-leasing system in the South, commuted the sentences of hundreds of state prisoners in a gesture that made national headlines.

And this Jim Crow governor was running on a white supremacist platform!

Right. In one of the most notable and controversial acts of mercy and forgiveness, President Jimmy Carter enraged veterans’ groups in 1977 by fulfilling a campaign pledge to grant a broad amnesty to the tens of thousands of people who had dodged the draft to avoid military service during the Vietnam War.