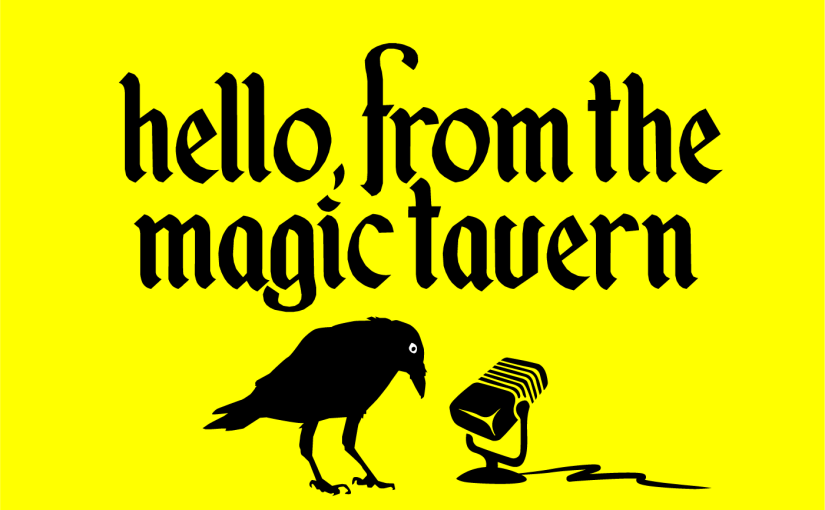 The setup is pretty weird: Arnie fell through a dimensional portal behind a Chicago Burger King and found humself in a magical high-fantasy kingdom called Foon, where he has befriended a shape-shifter in the form of a talking badger called Chunt, and a shouty wizard called Usidore. Together, they record a weekly podcast with lovable Foonites, which Arnies uploads through an unreliable wifi signal from the Burger King (Usidore keeps Arnie's laptop charged with lightning spells).

The three principal actors in the show -- Arnie Niekamp, Matt Young and Adal Rifai -- are beloved Chicago improv comedians who've been working together for decades. Most of the show is unscripted. The improvers riff and drop each other in deep water and rescue each other, or crack each other up or egg each other on. It works

I just binge-listened to more than thirty episodes after reading Max Temkin's appreciation for the show, and found myself playing hookie from my real life to squeeze in another episode. I think I got through the whole canon in about three days.

Almost every week, the Magic Taverners have one or more guests on the show who play characters from the land of Foom, and together, this huge cast of characters has built up a major, impressive backstory about the world, and while they're always very funny, they're also delightfully serious about sticking to this canon and being consistent with it.

Like a lot of improv exercises, the Magic Taverners get pretty blue, because when you tap into your subconscious, you often get to a pretty dirty place. Though there's a lot of humor here that your kids would split their sides to, there's also an awful lot of (equally funny) stuff about butt-sex. You have been warned.

The secret of Magic Tavern is the special comedy relationship between Arnie, Adal, and Matt. These guys have improvised together for a long time (I used to sneak into their show Whirled News Tonight when I was in middle school; the Del Close theater at the old iO was easier to get into if you were under 18) and watch them improvise off of newspaper clippings with the late, great Jason Chin. Needless to say, their instincts are incredible, and they have the kind of rapport that only comes from a decade of working together. These are comedy heroes of mine, and it’s a special pleasure for me to hear them play together and get to share it with you.

[Hello From the Magic Tavern]