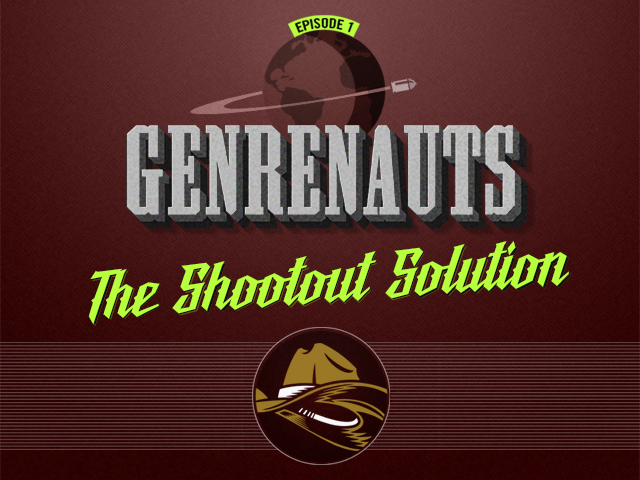 There are dozens upon dozens of subgenres across the genres of popular fiction (Romance, Crime, and Science Fiction/Fantasy, plus some others). Science Fiction gets sliced up into Space Opera, Mundane SF, Hard SF, Cyberpunk, Dieselpunk, etc. These subgenres can get hard to keep track of, especially since their boundaries are often porous, and even life-long fans often disagree on the borders between sub-genres, policing them inefficiently but with gusto. At times it’s fun to argue classifications, try to find exactly the right place to frame a piece so that its cultural and narrative context is most clear. And narrow sub-genres can be useful for putting works into clusters for conversation, but it’s also really easy to slice so thin that the discussion becomes obscure or self-serving rather than practical.

Ultimately, a hardline This-or-That, pigeonholing system of defining genre and works is far more trouble than it's worth, and can do a great disservice to works that defy easy categorization. Most traditional systems in the publishing industry fit into the pigeonholing system. BISAC Codes (basically trade publishing’s official genre system) are fairly granular, but totally fail to keep up with the proliferation of sub-genres, and the genre categorization systems of all of the major ebook retailers fall victim to the same This-or-That approach.

But there is hope. And unsurprisingly, it comes from the internet.

The Tag. You know, this little thing: #

Whether it’s hashtags on Tumblr, metadata tagging in LibraryThing, or conversational hashtags on Twitter, readers conversant in internet discourse are more and more familiar with the concept of tagging works – using a Yes-And approach for categorization instead of This-or-That.

Tagging is incredibly liberating. A work can be tagged #urban fantasy, #YA, #LGBTQ, #domestic violence #Cleveland #1970s, meaning that if a reader has access to those tags as part of the information given to them about a work, they can very quickly identify its major facets.

This kind of tagging is already out there, it’s already in use, from the fan fiction site An Archive of Our Own (aka AO3) to Tumblr. Variations exist for official book metadata (LibraryThing and Publisher’s Keywords being the two that come to mind first). Many self-published authors put genre/aesthetic tags in their book titles, knowing how people use the Amazon interface to search for books. Amazon used to have an official tagging system, but it was massively gamed and then removed. I’d much rather have seen it regulated more effectively, or for the tagging to be weighted in a different way so that a writer couldn’t use tags to force their work to the very top of widely-defined search results.

Some traditional publishers are already using tagging in interesting ways: my day job is as the North American Sales & Marketing Manager for Angry Robot, a SF/F publisher, and one of my favorite practices that AR does, even before I came on as staff, is to give our books cheeky tags, which go right on the cover (copy).

For instance: The Mirror Empire by Kameron Hurley says:
File Under: Fantasy [ Orphaned Child | World at War | Blood Magic | The Fluidity of Gender]

These tags are little nuggets of flavor that prime the reader for what they can expect in the book. They’re totally individualized per title, but help frame each book’s content and tone for readers, rounding out the work done by the title, cover art, design, and cover copy.

When I look at Amazon, IndieBound, or Barnes & Noble’s websites, I see a proprietary tagging system, or no tagging at all, just BISAC codes and maybe some genre/content positioning within the book’s description.

Publishing, the time has come to embrace tagging. It will set us free.

And by set us free, I mean help solve “the Discovery Problem™”.

If we can figure out a way to make tagging work for us, to apply a more flexible, Yes-And system to book descriptions and categorization, or even to understand and implement how readers and writers are already using it, it could help booksellers with hand-selling, it could help readers browse online. It could help readers approach works fore-warned of what triggering content they may contain.

So how would it work? I think what it really comes down to is refining the customs of tagging already in place and then putting them into a metadata system in a way that actually matters.

Let’s take some well-known titles and re-present them with a set of tags.

And looking back at a classic, how about Pride and Prejudice, by Jane Austen:
#Romance #Adult #Regency #Hate At First Sight #Suitors #Order of Marriage #Sisters #England #Gentry #Banter #Drawing Room Politics #Gender

And so on. We wouldn’t need too much consistency in this system – the grammar of tagging in internet discourse is largely informal but highly communicative. Ideally, I’d love to see the system widely adopted without being strictly codified. Let tagging remain communicative, the way that it is on Tumblr, A03, and in systems like LibraryThing. Remaining uncodified would make some of the metadata uses limited, but I think it’d be possible to make that middle ground.

This system doesn’t need to completely replace familiar systems of genre categorization. Instead, I see it as a less restrictive complement to what people are already familiar with. I think tagging would help readers range across perceived boundaries/separations between genres. Someone who loves stories about baseball teams or will read anything set in their home town might see a familiar or inviting tag on a book they might otherwise browse right by.

Like any system, this has its downsides. Prejudiced readers might automatically opt out of reading books tagged to identify characters or plot-lines that the reader finds distasteful. And certain types of tagging would remove some of the mystery from books, mystery that readers might rather have preserved, exploring the work without any positioning.

So, how do we make this happen now?
Many parts of publishing move slowly. Here’s how we can apply tagging right now as writers, readers, and publishers.

Tagging will be easiest in the book description fields, both for digital listings and on book covers. Ideally, you’d be able to fit some tags on the spine of each book, but I’ll settle for two lines or so at the bottom of a book description (inspired by the way Angry Robot handles tagging). Honestly, it shouldn’t take much. Many book descriptions already try to do the work I’d assign to tagging. Each genre and sub-genre has short-hand and jargon to help signal readers to what they’re in for. This is just a way of re-framing that inclination and making it above-board, making sure everyone’s in on the discussion.

But readers can make this happen, too, and probably even faster than writers, who have to make things fit systems. For readers, tagging can be a part of the way we talk about books with friends, a part of how we write reviews. It’s a way of digging directly into the kind of story that you want when you’re at the search bar of an ebook retailer. Build a culture where people can note three hashtags to get across that your latest read includes #Cozy Mystery #Caribbean #Chase Scene #FoodPr0n, and you’re off to the races.

Tagging is already here. All we have to do is embrace it, and take it to the next level.