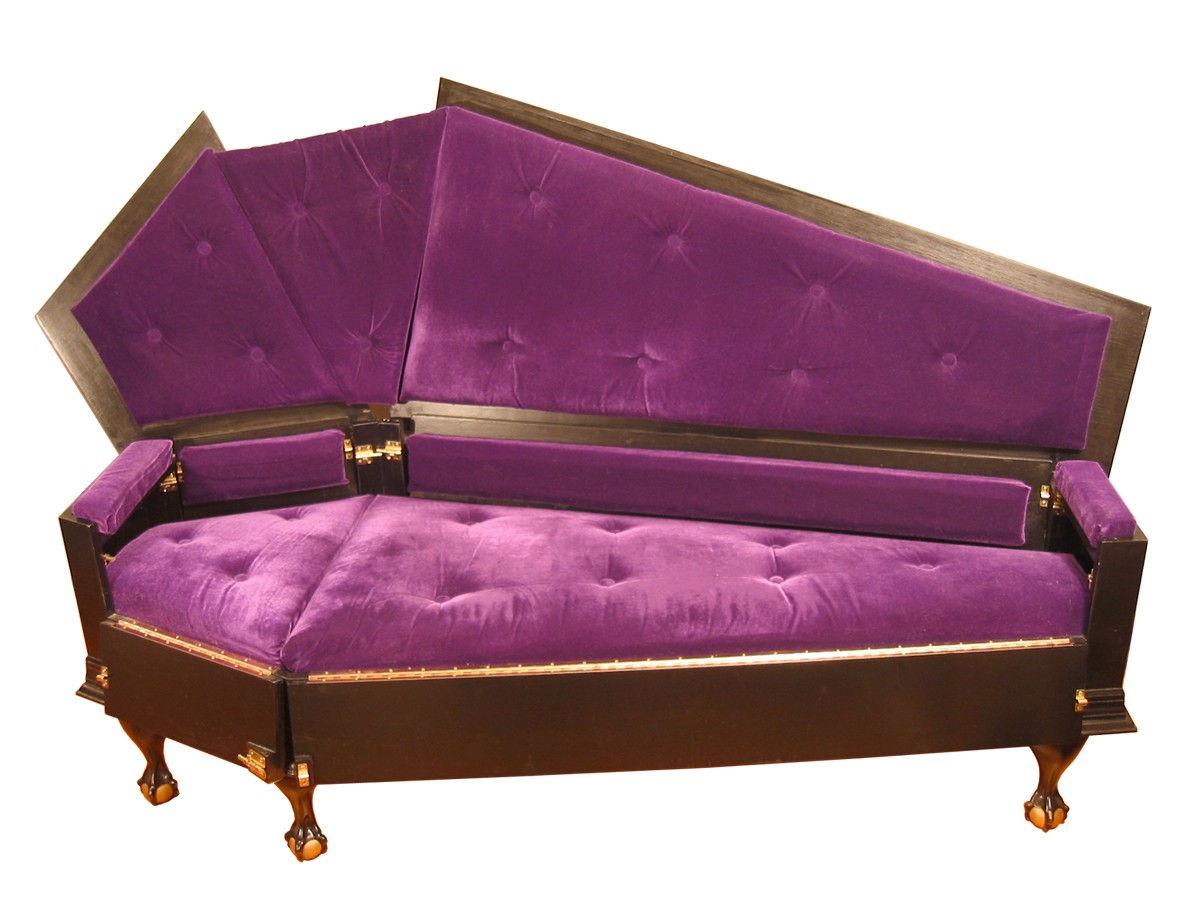 This $10,000 coffin sofa was created by Etsy goth outfitter Von Erikson: it's available with purple, red or black upholstery. (via Marxist Barbie)