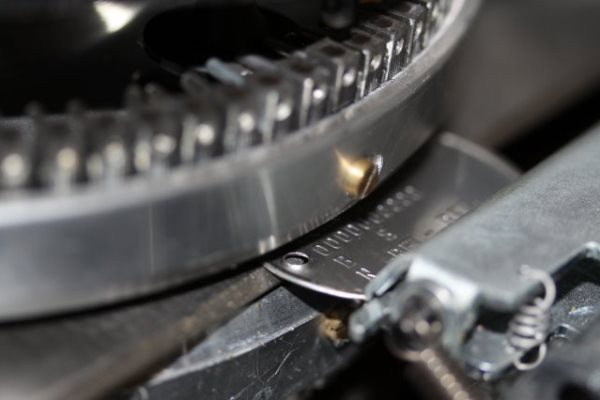 In a major policy change that sounds like a Very Good Idea, the U.S. Army announced today that dog tags will no longer include the Social Security numbers of the soldier wearing them. SSNs have been part of this identification system for over 40 years.

The tags will instead include a 10-digit DoD ID number currently used on Pentagon identification cards. Soldiers who are deploying get top priority on the new tags, service officials said in a press release today.

"This change is not something where Soldiers need to run out and get new tags made," Michael Klemowski, the soldiers programs branch chief at U.S. Army Human Resources Command, said in the release. "We are focusing first on the personnel who are going to deploy. If a Soldier is going to deploy, they are the first ones that need to have the new ID tags."

The switch is being done in an effort to reduce the use of Social Security numbers and curb identity theft.

"I think removing the social will help," Klemowski said. "If you find a pair of lost ID tags you can pretty much do anything with that person's identity because you now have their blood type, their religion, you have their social, and you have their name. The only thing missing is their birth date and you can usually get that by Googling a person."