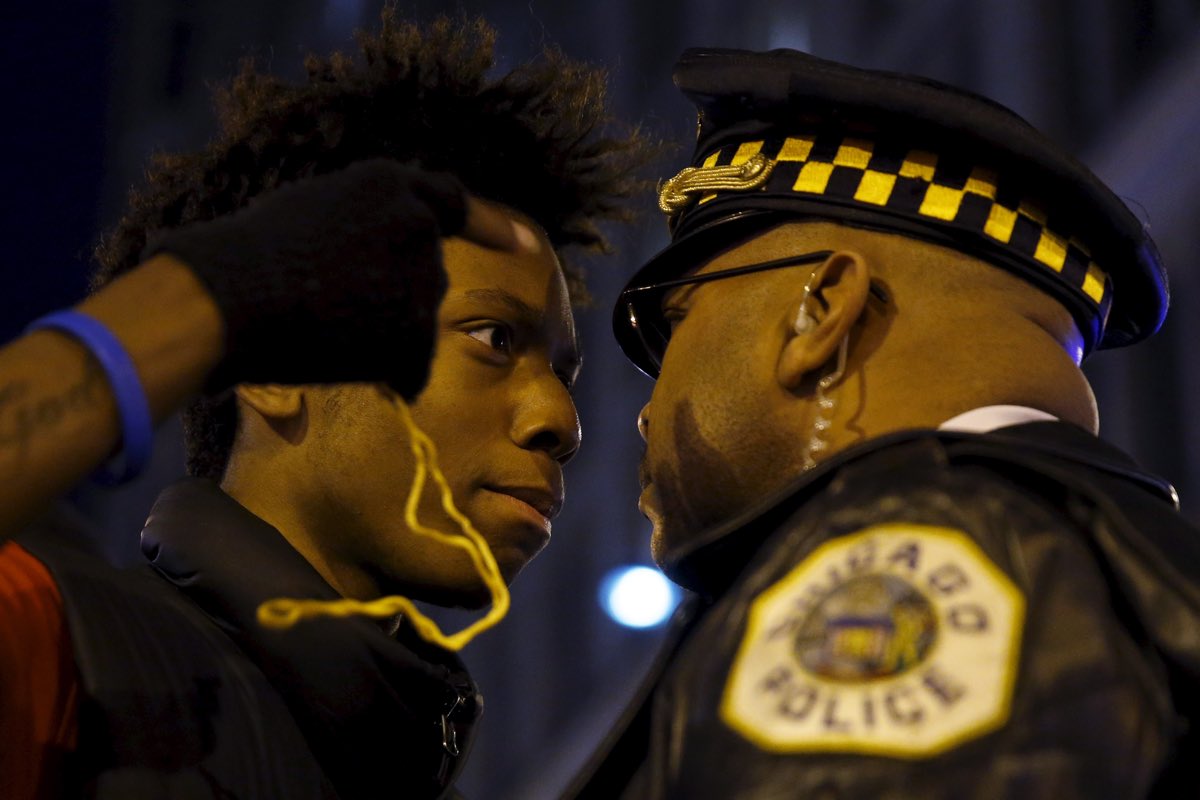 Today Freedom of the Press Foundation is proud to announce a new crowd-funding campaign that will fund local journalists around the United States to file Freedom of Information Act (FOIA) and other transparency lawsuits aimed at uncovering video evidence of police misconduct and brutality against unarmed men and women. You can donate to the fund here.

The campaign has its first two grantees: Invisible Institute, a small news organization in Chicago which was instrumental in exposing that the Chicago Police lied about their officer's murder of Laquan McDonald, and independent journalist Brandon Smith, whose FOIA lawsuit forced the release of the McDonald video that led to the resignation of the city’s police chief.

Both Invisible Institute and Smith are quintessential examples for how independent journalism can hold government officials accountable when major media organizations fail to, and are exactly the type of journalism we want to encourage with this fund. (Read more about their brave work below, as well as this excellent BBC article that explains their efforts in the McDonald case.)

This 'Transparency for Police Fund' will be used to assist similar cases around the country where police and city officials are using secrecy to withhold evidence of police or government misconduct - like police dashboard or body cam videos - in an attempt to forstall accountability or cover up crimes.

We will announce the next set of grantees in early 2016, and we will choose them based on feedback from local communities.

As you can see on our donate page, you can choose where to earmark your donation and can specify whether you’d like to see it go to the brave journalists who forced the Laquan McDonald video into the public, and/or to the general fund, which will go to those future grantees in other cities who are currently involved in Freedom of Information Act or public records lawsuits for similar videos.

Are there small news organizations or independent journalists doing indispensable work holding the police accountable in your city? We want to hear about it. Please go here if you’d like to nominate a local organization for funding. When the applications are in, the Freedom of the Press Foundation board will choose the grantees based on your feedback.

The number of grantees will be dependent on how much is raised in the next six weeks and how much each case costs. However, we want to fund as many as possible. 100% of the money donated to this fund will go to independent news organizations and journalists - we are not taking a dime.

More information on the first grantees:

Invisible Institute is a local Chicago based independent news organization that works “to enhance the capacity of civil society to hold public institutions accountable. Toward that end, we develop strategies to expand and operationalize transparency.” As Invisible Institute describes:

Having received a tip from a whistleblower within city government, [Invisible Institute founder] Jamie Kalven of the Invisible Institute and civil rights attorney Craig Futterman of the University of Chicago Law School issued a public statement on December 8, 2014 in which they made known the existence of dash cam video of the police shooting of Laquan McDonald and described the account of the shooting given by a civilian witness. Then, on February 10, 2015, having obtained the autopsy report, Kalven broke the story that McDonald had been shot sixteen times.

In addition, their founder was the lead plaintiff in a Freedom of Information lawsuit that the city of Chicago to force the release of a database of 56,000 misconduct complaint records for more than 8,500 Chicago police officers. You can read more about that project here.

Once the existence of the McDonald video was revealed to the public, independent journalist Brandon Smith filed a Freedom of Information Act request it - along with several major Chicago newspapers. When the city stonewalled the requests, Smith was the only journalist who decided to sue over it. As he explains in this interview with Glenn Greenwald, the major newspapers had the same opportunity he did to file lawsuit, but declined. Because of his actions, a judge forced the city to release the video, which sparked the resignations and protests that are still reverberating in the city of Chicago today.

As the last two years of criminal justice protests has shown, police and city officials are never held accountable for wrongdoing for killing unarmed members of the public unless there is video proof of their crimes (and even then, many times they are not). This is information that the public deserves, and often the only way to get it is through investigative journalism.

Announcement here. A related post at The Intercept, by Freedom of the Press Foundation's Glenn Greenwald.

PHOTO, CENTER: St Louis County police officers hold an anti-police demonstrator in Ferguson, Missouri August 10, 2015. Police in riot gear clashed with protesters who had gathered in the streets of Ferguson early on Tuesday to mark the anniversary of the police shooting of an unarmed black teen whose death sparked a national outcry over impunity for the killings by police of black Americans. REUTERS/Lucas Jackson.