In the data, Chicago's crooked cops are so obvious they practically glow 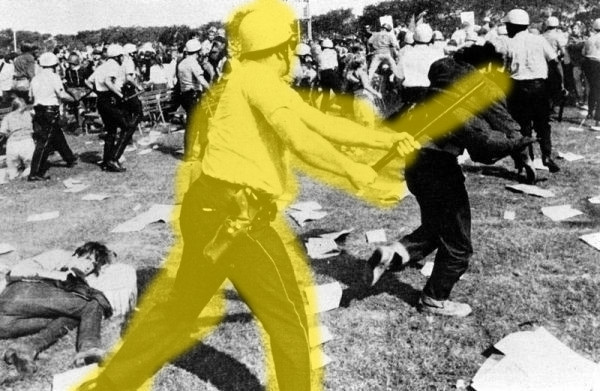 As Chicago's mayor/kingmaker/kingpin Rahm Emanuel grins at the chorus demanding his resignation for his role in covering up video showing that Chicago PD officers shot a man 16 times, lied about it, and confiscated and destroyed all the evidence they could find, the Five Thirty-Eight blog looks at the data on Chicago's dirtiest cops.

The City of Chicago fought hard to keep data about police complaints from being released under Freedom of Information Act requests, and the Fraternal Order of Police is trying to keep any further data from coming to light. But there is data, thanks to the work of the Invisible Institute's Jamie Kalven, who sued the city with the help of the University of Chicago’s Mandel Legal Aid Clinic.

The data are interesting, in that they largely support the theory that most cops don't conduct themselves in ways that generate complaints, but a small minority do, and they are prolific repeat offenders -- and that even if they are repeatedly exonerated, they are eventually convicted of misconduct. Bad behavior from a cop in any year is a good predictor of bad behavior in the following years, too. These findings all hold even when you control for cops assigned to "high crime areas" where, police argue, more complaints will naturally occur regardless of their conduct.

Chicago's dirty cops cost the city $500M over the past ten years in settlements for their crimes.

Spokesmen for the police have explained the high complaint totals of repeaters as a consequence of the “bad neighborhoods” to which some officers are assigned. The logic goes that under constant harassment and threat of violence, police may behave more aggressively (albeit still within the boundaries of the rules) and therefore be accused more frequently of misconduct. After considering the beat an officer was patrolling, I found that some neighborhoods did see an increased number of complaints. Even after controlling for neighborhood, however, individual officers with more complaints in 2011-13 remained more likely to have complaints filed against them in 2014-15.

The kinds of allegations made against a given officer often follow a particular pattern as well. For example, officers accused of illegal search and seizure in 2011-13 were much more likely to be accused of the same offense in the following years. An identical correspondence applied for verbal abuse, corruption and other complaint categories. About 30 percent of the time, an officer’s most common category of complaint in 2011-13 was the same category in 2014-15. That’s about 50 percent higher than you would expect by chance.

Whether those complaints have merit is another matter, one the department investigates and judges on a case-by-case basis, levying discipline accordingly. I found that complaints were not only predictive of the number and type of future complaints — they also forecast whether the department would determine misconduct. Officers with 10 or more complaints in early years of the data set were about six times more likely to have a complaint from the last two years sustained against them.3