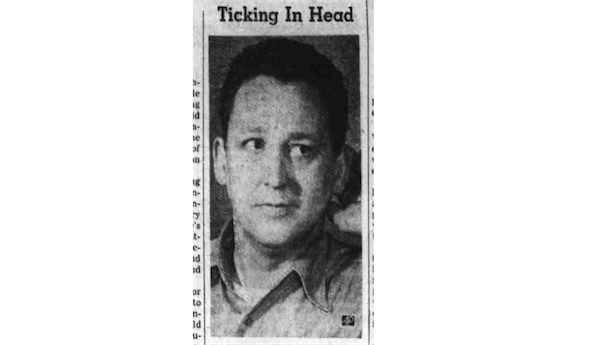 If you stood next to Sankey Flynn (1918-2001) of Greensboro, North Carolina, you might have thought he had a wristwatch in his head. An audible tick-tock sound could be heard coming from Flynn's ears about twice a second.


According to physicians, the noise came from the "spasmodic contraction of muscles in the roof of his mouth. This causes the eustachian tube, leading from the throat to the ears, to open and shut making the peculiar noise."