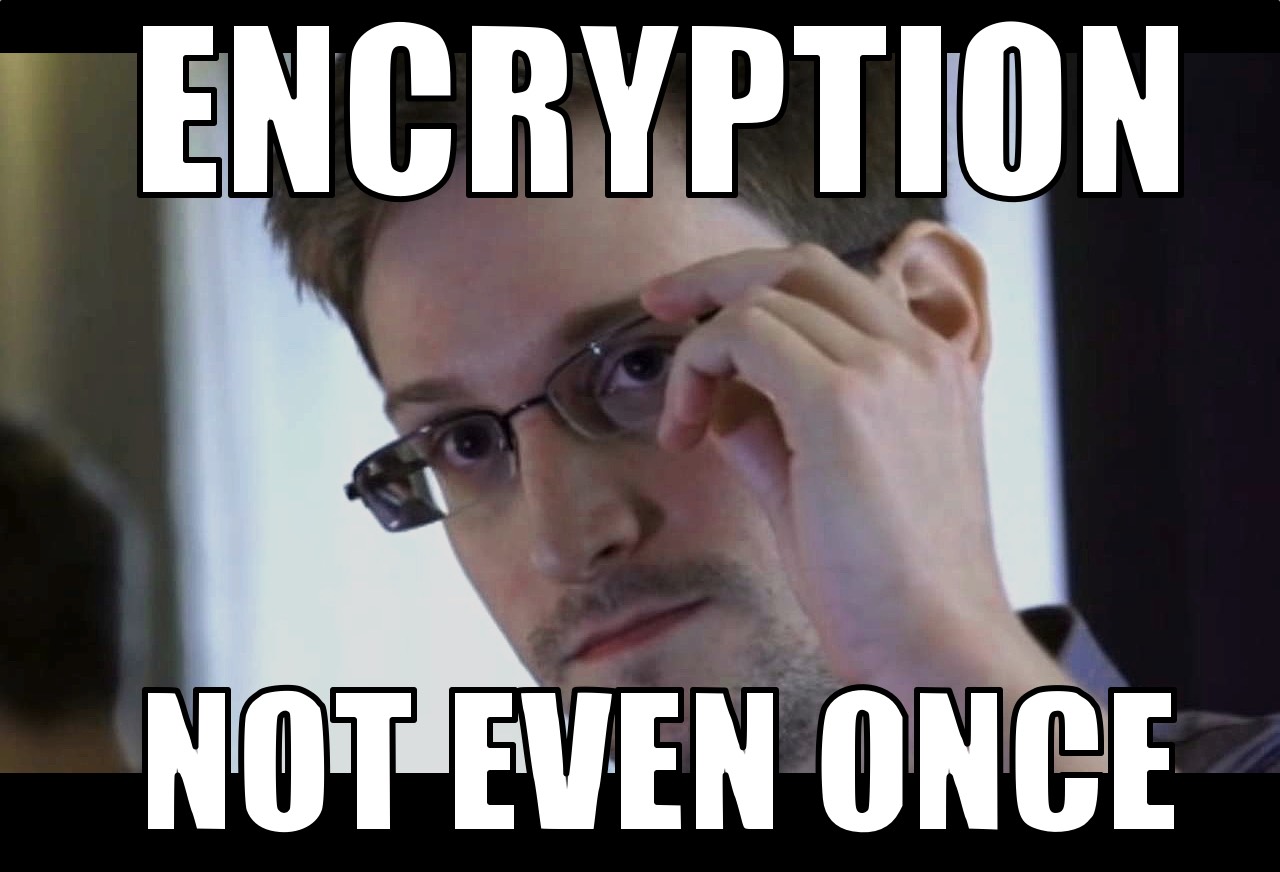 The White House released an announcement today on President Obama's Cybersecurity National Action Plan. In thousands of not actually bad at all words about cybersecurity, they managed not to say the word "encryption" once.

Crypto. Not even once.

As Wired describes it, Obama's Cybersecurity National Action Plan (or CNAP) is a “long-overdue, comprehensive approach to keeping our country’s digital corridors safe.”

CNAP encompasses a number of measures, which vary by degrees in financial backing and plausibility. Even if all of the proposal’s planks come to pass—it is, after all, a proposal, not a law—it’s less an encouraging glimpse of our ironclad future than it is a reminder of just how insecure our government’s information highways and byways are today. Still, at least the administration is addressing the basics.

It's basic basic basic stuff. So's encryption. Here's a snip from the top of the fact sheet:

From the beginning of his Administration, the President has made it clear that cybersecurity is one of the most important challenges we face as a Nation, and for more than seven years he has acted comprehensively to confront that challenge. Working together with Congress, we took another step forward in this effort in December with the passage of the Cybersecurity Act of 2015, which provides important tools necessary to strengthen the Nation’s cybersecurity, particularly by making it easier for private companies to share cyber threat information with each other and the Government.

But the President believes that more must be done – so that citizens have the tools they need to protect themselves, companies can defend their operations and information, and the Government does its part to protect the American people and the information they entrust to us. That is why, today, the President is directing his Administration to implement a Cybersecurity National Action Plan (CNAP) that takes near-term actions and puts in place a long-term strategy to enhance cybersecurity awareness and protections, protect privacy, maintain public safety as well as economic and national security, and empower Americans to take better control of their digital security.