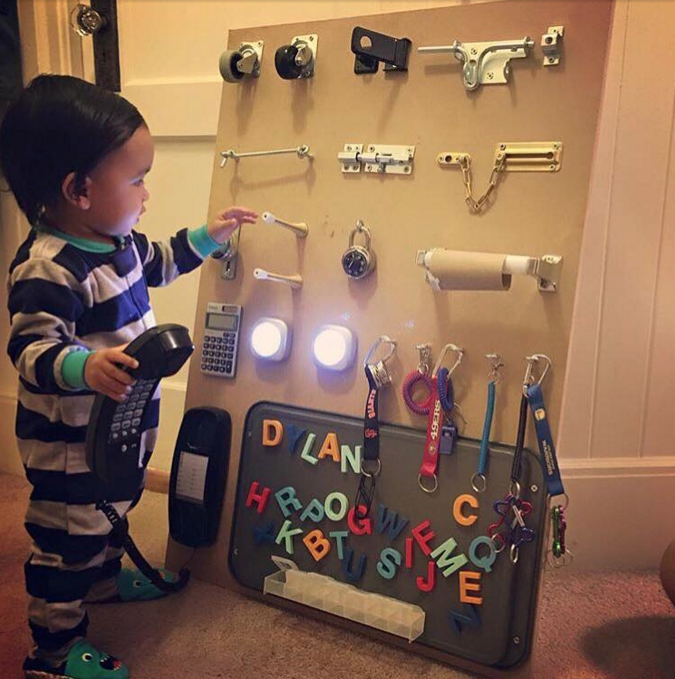 This brilliant dad secured a bunch of fascinating hardware items to a board and let his toddler have at it. The best toy ever and educational.