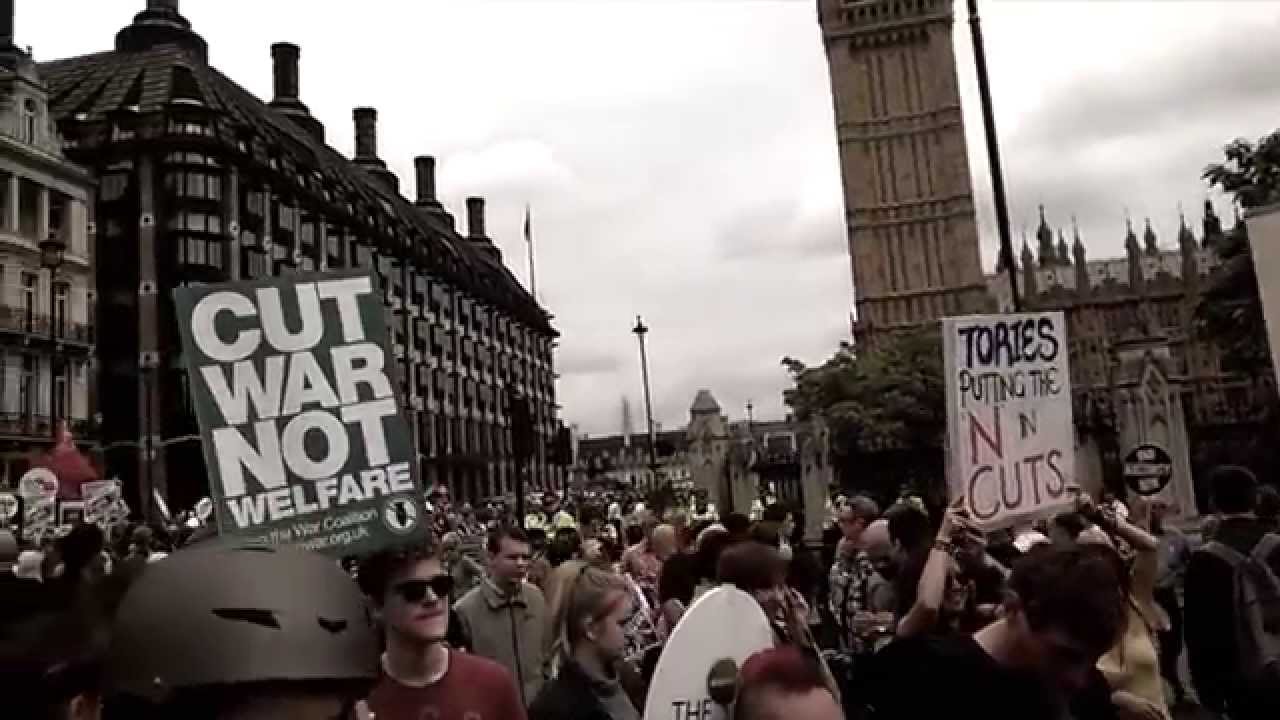 David "Utopia of Rules" Graeber (previously) is in magnificent full throat in a long essay in the Baffler about the long-overdue threat to UK's greatest export: security for the world's ultra-wealthy arising from the complete defeat of the working class.

Graeber describes the ascendancy of the massively popular socialist Labour party leader Jeremy Corbyn and the waves of radicalised, direct-action street protesters who've had enough of austerity, evictions, and property bubbles as "not as if Bernie Sanders had taken over the Democratic Party... more as if it had been annexed by a combination of Noam Chomsky and Abbie Hoffman."

Between student occupations, housing occupations, street actions, and a revival of radical unionism, there has been an unprecedented upswell of resistance. But even more important, it has begun, however haltingly, to take on a very different spirit than the desperate, rear-guard actions of years past. After all, even the legendary poll-tax riots that dislodged Thatcher were either backward-looking or, alternately, bitter and nihilistic. Class War’s slogans (“The Royal Question: Hanging or Shooting?”) were perhaps charmingly provocative, but hardly utopian.

This is where the notion of despair fatigue comes in.

One might argue that its beginnings were already visible in popular culture. Witness the emergence of the Scottish socialist school of science fiction, which, after the relentless dystopianism of the seventies, eighties, and nineties, led the way to a broader trend by toying with redemptive futures once again. Then there was Steampunk, surely the most peculiar of countercultural trends, a kind of ungainly Victorian futurism full of steam-powered computers and airships, top-hatted cyborgs, floating cities powered by Tesla coils, and an endless variety of technologies that had never actually emerged. I remember attending some academic conference on the subject and asking myself, “Okay, I get the steam part, that’s obvious, but . . . what exactly does this have to do with punk?” And then it dawned on me. No Future! The Victorian era was the last time when most people in this country genuinely believed in a technologically-driven future that was going to lead to a world not only more prosperous and equal, but actually more fun and exciting than their own. Then, of course, came the Great War, and we discovered what the twentieth century was really going to be like, with its monotonous alternation of terror and boredom in the trenches. Was not Steampunk a way of saying, can’t we just go back, write off the entire last century as a bad dream, and start over?