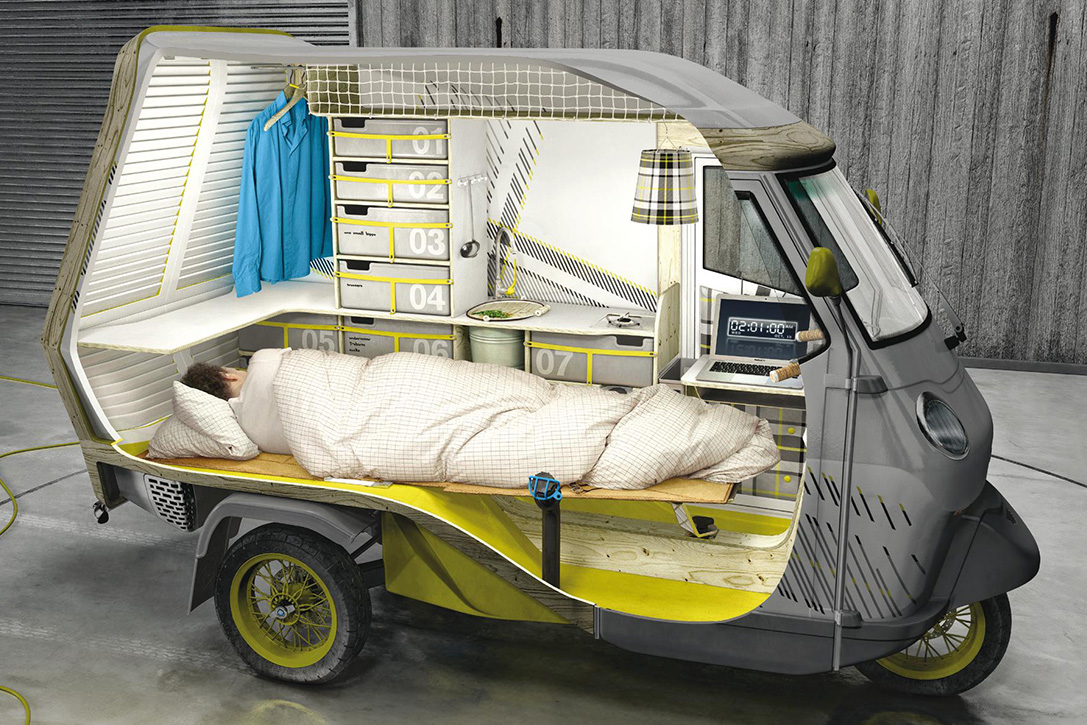 Designer Cornelius Commans gives us this amazing twist on the Piaggio Ape, a camper scooter. You can't buy it yet. It's just a concept--for now.

This is my bachelor thesis in Industrial Design which I have finished this month. Basically it is the transformation of a Piaggio APE 50 tricycle into a small one man camper. Corresponding to my field of study particular attention is paid to the design of the vehicle. But as I have also put a lot of effort into the modeling and rendering I want to share it with you on this forum.

Everything in these pictures is CG except for obviously the human and the environment with the sheep.
The model was built up completely in rhino. Then exported to Bryce where it was textured, set up and rendered. Photoshop was used to create the textures and to correct the final renderings.

I think my Volkswagen camper van is a lot more comfortable, and likely has a similar engine.

E-scooter companies like Bird and Lime have sued Scootscoop -- a self-financed startup that tickets and impounds e-scooters that have been abandoned on private property -- claiming that the repo men are violating the same traffic laws that the same companies also say don't apply to scooters, a belief that is their basis for filling […]