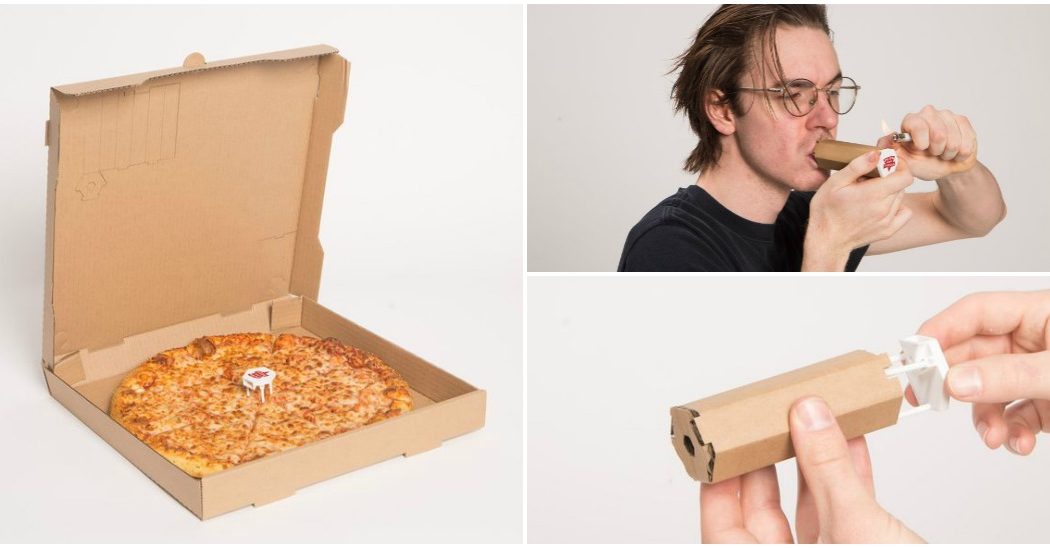 This pizza box is cleverly designed to let you make a weed pipe before you eat the pizza. The little "pizza saver" that keeps the box top from smushing onto the pizza is made from ceramic, and serves as the pipe's bowl.

Created by the people behind Push for Pizza (a glorious one-push-of-a-button pizza app) and the Nickolas Gregory studio, the box features a section that can be neatly torn off and folded into the shaft of a pipe. After that, just take the pizza saver used to prevent your pie from sticking to the lid and insert it to the end of the shaft to make the bowl.