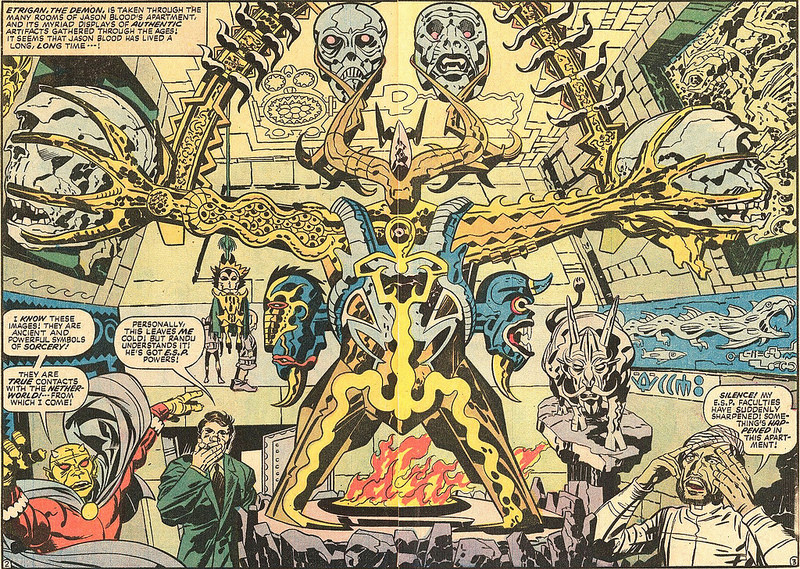 When Jack Kirby bailed from Marvel comics in 1970 and started working for DC, his work become psychedelic and spiritual. Here are some of his wild two-page spreads for The Demon, which ran for 16 issues from 1972-1973.